Hardik Pandya's Time Away From Cricket Allowed Him To Better His Skills, Says Brother Krunal

Hardik Pandya was suspended earlier this year for his sexist remarks on a TV show. 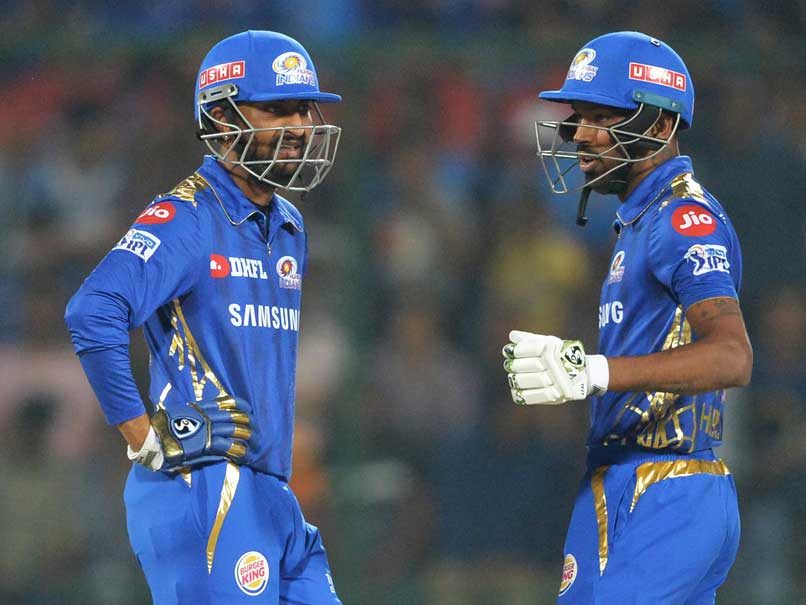 Hardik Pandya, Mumbai Indians' star all-rounder, has utilised the time away from field to better his skills, says elder brother Krunal. "Earlier he used to smash spinners, now he is also doing the same to pacers. He worked on that area during the off time he got and he has gotten the desired results," said Krunal Pandya after the duo guided Mumbai to a 40-run win over Delhi Capitals on Thursday at the Feroz Shah Kotla, Delhi. Since his return from injury, Hardik Pandya has been in tremendous form for the Mumbai-based franchise in the Indian Premier League 2019, scoring 218 runs at close to 200 strike rate in nine innings.

Speaking about Hardik's work ethic, Krunal said, "Honestly, there are very few players who have a work ethic like him. His goal is always to improve and if you do that, you become consistent."

The left-arm spinner also added that during his time off the field, Hardik worked towards improving his fitness. "When he was away from the game due to injury and the other reasons (controversy), he worked a lot on his fitness." Hardik was suspended earlier this year for his sexist remarks on a TV show.

In the first innings, Hardik (32 off 15) and Krunal (37 off 26) had amassed 51 off last 18 balls to propel Mumbai to 168 for five against Delhi Capitals while in the second innings, the Pandya brothers picked one wicket apiece. This was Mumbai's sixth win in nine games and with 12 points they leapfrogged Delhi Capitals to the second spot in the IPL Points Table.

Mumbai next travel to Jaipur to face Rajasthan Royals on April 20.

Feroz Shah Kotla, Delhi Cricket Delhi Capitals vs Mumbai Indians, Match 34
Get the latest updates on Olympics 2020, Olympics 2020 Medal Tally, Live Cricket Score . Like us on Facebook or follow us on Twitter for more sports updates. You can also download the NDTV Cricket app for Android or iOS.