Dale Steyn Ruled Out Of IPL 2019 Due To Shoulder Inflammation

Dale Steyn was called up by Royal Challengers Bangalore (RCB) to bolster their bowling after losing the first six matches of IPL 2019. 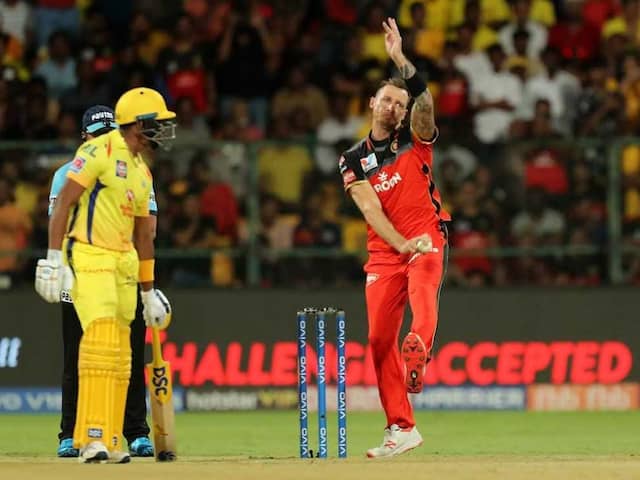 South African fast bowler Dale Steyn has been ruled out for the remainder of the Indian Premier League (IPL) 2019 due to an inflammatory shoulder. Steyn was brought in by the Royal Challengers Bangalore (RCB) on April 12 to replace Australian fast bowler Nathan Coulter-Nile, who dropped out due to a stiff back. Steyn played two matches for the RCB, against Kolkata Knight Riders (KKR) on April 19 and against Chennai Super Kings (CSK) on April 21

"Dale Steyn has been prescribed with ample rest due to inflammation in his shoulder. On account of the state of his health, Dale will not be available to take part further in the ongoing season of IPL," said an official statement from Sanjeev Churiwala, the chairman of RCB.

Steyn's call-up marked his comeback to RCB after eight years, as he represented them from 2008 till 2010, scalping 27 wickets in 28 matches with an economy rate of 6.79.

His immediate presence in the RCB line-up invigorated them, as his performances proved to be instrumental in RCB winning both the matches that he was part of, against KKR and CSK.

At the present moment, RCB are placed seventh in the IPL standings. They have won four out of their last five pictures, the most recent one being against the Kings XI Punjab (KXIP), which RCB won by 17 runs.

Their next match is against the second-placed Delhi Capitals at the Feroz Shah Kotla on April 28.

Royal Challengers Bangalore IPL 2019 Cricket
Get the latest Cricket news, check out the India cricket schedule, Cricket live score . Like us on Facebook or follow us on Twitter for more sports updates. You can also download the NDTV Cricket app for Android or iOS.