Deepak Chahar now holds the all-time record for bowling the most dot balls in an IPL innings, 20. 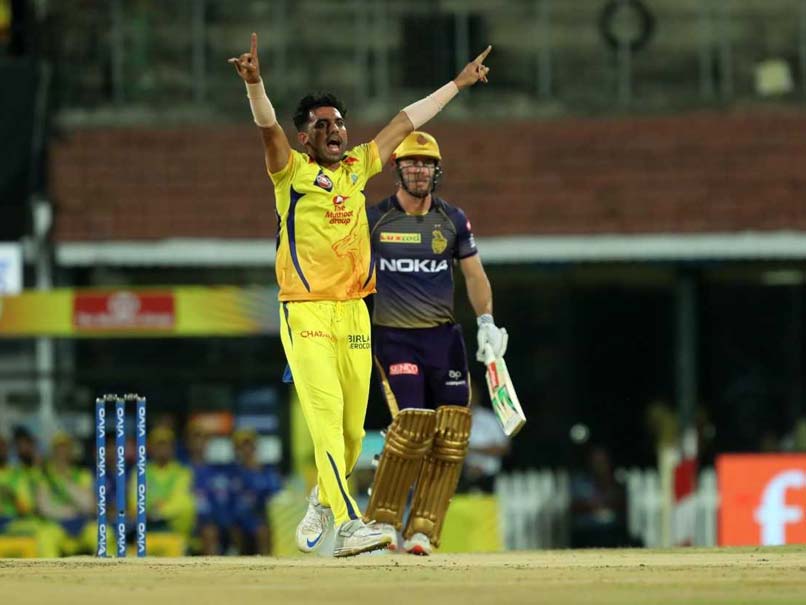 Opening the bowling, Chahar only conceded one run off the bat in his first over, also accounting for the wicket of Chris Lynn. There were four overthrows in this over though.

No runs were scored off the bat of his second over, as KKR lost Nitish Rana to the 26-year-old. There was, however, one wide.

Bowling his third over, Chahar was hit for two consecutive boundaries by Robin Uthappa. However, Chahar had the last laugh in this over too, following up with Uthappa's wicket and four dot balls.

Coming back at the death to bowl his fourth over, Chahar bowled five dot balls in the 19th over to keep the big-hitting Andre Russell quiet. Russell could only connect with one ball in the over, even which beat long on Ravindra Jadeja only by inches.

Chahar finished the match with figures of 3/20. Chahar has emerged to be one of the stars of IPL 2019, having flowered under MS Dhoni's leadership. With 8 wickets taken in 6 matches at an astounding economy rate of 5.95, he is only behind Kagiso Rabada among fast bowlers in the race for the Purple Cap this season.

MS Dhoni IPL 2019 Cricket
Get the latest updates on ICC T20 Worldcup 2022, check out the Schedule and Live Score. Like us on Facebook or follow us on Twitter for more sports updates. You can also download the NDTV Cricket app for Android or iOS.