Deepak Chahar picked three wickets against Kolkata Knight Riders on Tuesday to derail their innings at the top. 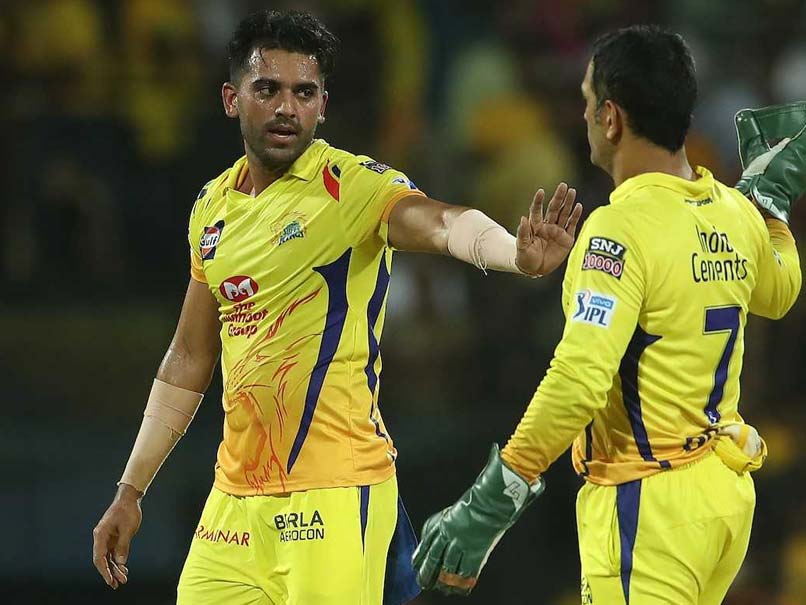 Deepak Chahar was scolded by Mahendra Singh Dhoni for bowling two no-balls off the first two balls of the 19th over of the Indian Premier League game against Kings XI Punjab. Since then, it has been a magnificent show from the young pacer as he picked three wickets against Kolkata Knight Riders on Tuesday to derail their innings at the top. Speaking after the game, Man of the Match Chahar said that he has been working on his bowling and that has helped as he planned keeping the conditions in Chepauk at the back of the mind.

"I knew we are going to play a lot of games at Chennai. So, I worked on my slower ball and yorkers," he smiled.

Chahar also pointed that he uses his time with skipper MS Dhoni to talk about the finer skills of bowling and areas that he can improve on.

"I spend a lot of time in the dressing room with MS, while playing TT and I have got to learn a lot from him," he revealed.

While Chahar generally bowls his quota of four overs on the go, he was kept back to bowl in the death against Kolkata and the pacer said that injury to Dwayne Bravo has opened the door for him to bowl in the business end of the innings.

"With Bravo injured, I have got opportunity to bowl at the death," he said.

Chennai Super Kings IPL 2019 Cricket
Get the latest updates on T20 World Cup, check out the T20 World Cup Schedule and Live Score . Like us on Facebook or follow us on Twitter for more sports updates. You can also download the NDTV Cricket app for Android or iOS.