MS Dhoni has been unhappy about the condition of the MA Chidambaram Stadium pitches during IPL 2019. 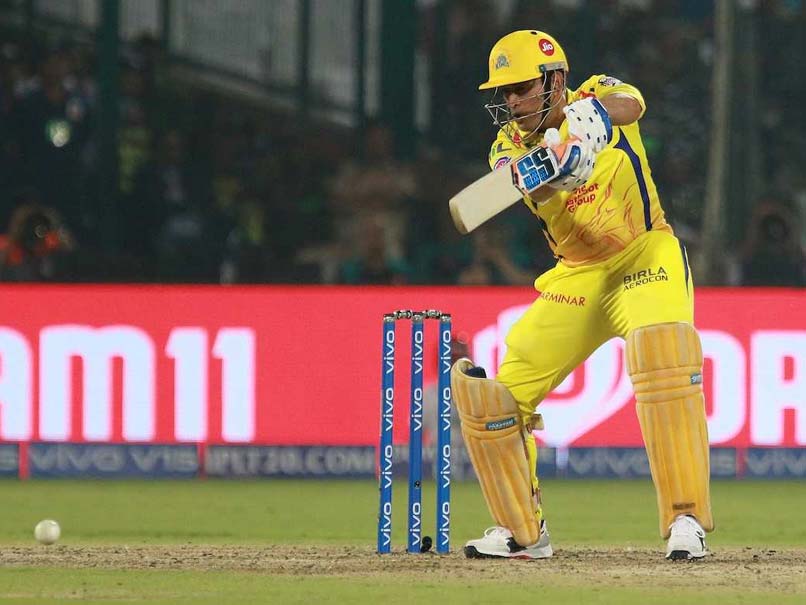 MS Dhoni's CSK didn't break too much sweat to swat aside KKR at Chepauk.© BCCI/IPL

MS Dhoni, the Chennai Super Kings (CSK) skipper, once again slammed the Chepauk track after another low-scoring match between hosts CSK and Kolkata Knight Riders (KKR) in the ongoing Indian Premier League (IPL) on Tuesday. CSK didn't break too much sweat to swat aside KKR at Chepauk but the winning captain said that nobody wants to play on this type of wicket. "If you look it looks a good wicket to us. But I don't think we want to play on wickets like these because it becomes too low-scoring and it becomes slightly difficult for our batters to get going. And also what happens is that it's slightly more difficult if you're batting first. As the dew comes in, it becomes slightly easier in the second half," MS Dhoni said at the post-match presentation.

"I'm happy I performed well, but obviously we're looking for a better wicket. Nobody wants this type of a wicket. It's (because of) the soil and heat and you can't help it. It's very hot here and the pitch curators are doing their best job to give us a good track. But, at the end of the day you can't help it," Dhoni added.

CSK seamer Deepak Chahar, who returned with impressive figures of three for 20 from four overs, too expressed displeasure over Chepauk track.

After being put in to bat by MS Dhoni, KKR stuttered their way to 108 with almost half the runs being scored by Andre Russell.

Needing 109 to win, Faf du Plessis top-scored for CSK with 43 runs while Kedar Jadhav stood unbeaten on eight as the home team chased down the target with 16 balls to spare.

With this victory, CSK have reclaimed the top position on the points table with 10 points followed by KKR with eight points.

CSK will now face Rajasthan Royals in Jaipur on Thursday.