MS Dhoni, Sakshi Napping On Airport Floor Are The Epitome Of Couple Goals

MS Dhoni and his CSK teammates boarded an early morning flight to Jaipur on Wednesday. 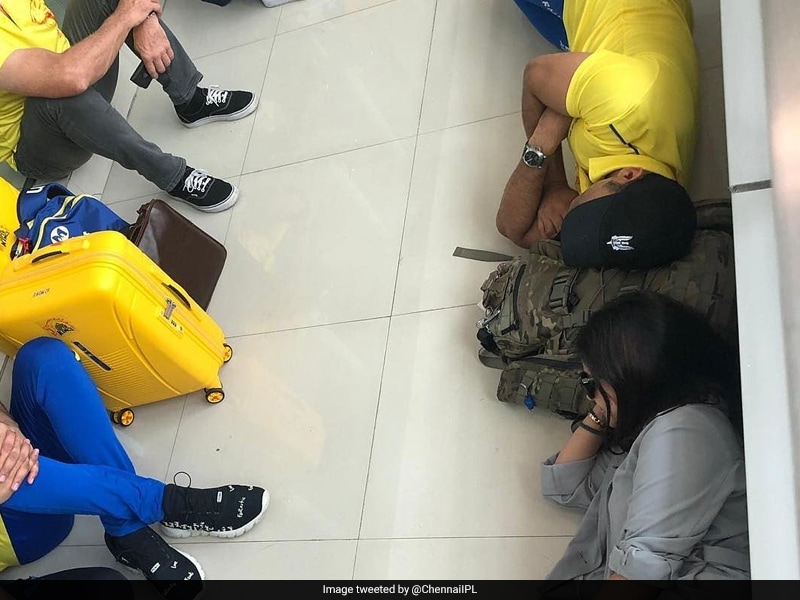 MS Dhoni, the Chennai Super Kings skipper, was once again pictured napping on the airport floor, however, this time he was joined by his wife Sakshi. MS Dhoni took to Instagram to post the picture clicked at the Chennai airport while they were waiting for their flight. Both MS Dhoni and Sakshi can be seen using a backpack as a makeshift pillow. "After getting used to IPL timing this is what happens if u have a morning flight," MS Dhoni captioned the picture.

MS Dhoni and his CSK teammates then boarded an early morning flight to Jaipur on Wednesday, where they will take on Rajasthan Royals in their seventh IPL 2019 match on Thursday.

MS Dhoni won the toss and opted to bowl as the hosts restricted KKR to 108/9 despite an unbeaten half-century by Andre Russell.

Needing 109 to win, Faf du Plessis top-scored for CSK with 43 runs while Kedar Jadhav stood unbeaten on eight as the home team chased down the target with 16 balls to spare.

MS Dhoni IPL 2019 Cricket Chennai Super Kings vs Kolkata Knight Riders, Match 23
Get the latest updates on T20 World Cup, check out the T20 World Cup Schedule and Live Score . Like us on Facebook or follow us on Twitter for more sports updates. You can also download the NDTV Cricket app for Android or iOS.