James Faulkner has been a journeyman who has been a part of several franchises. 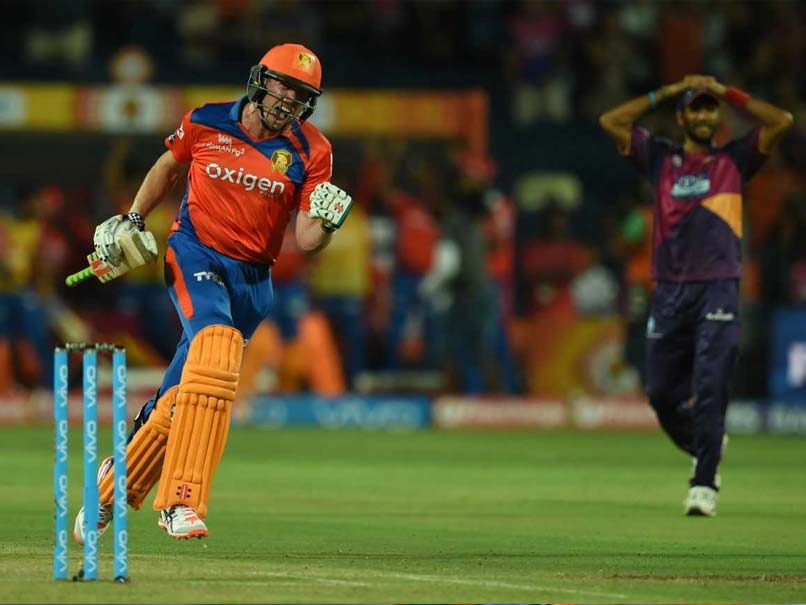 Faulkner boasts an impressive strike rate of 135.47 in the IPL.© AFP

James Faulkner has been associated with the Indian Premier League (IPL) since 2011 and has played for Gujarat Lions, Kings XI Punjab and Pune Warriors. However, his most successful season of the IPL was with Rajasthan Royals (RR) in the year 2013. Bought by RR for $400,000 in the 2013 auction, it was money well spent for the franchise as he wreaked havoc with his bowling and gave important cameos with the bat at crucial junctures of the game.

Apart from performing with the bat and ball, he is swift in the field, has a very safe pair of hands and quite often effects run-outs. One of the most celebrated bowlers of the RR franchise, Faulkner ended the 2013 season with 28 wickets from 16 matches. With two five-wicket hauls with RR, his career best figures are five for 16.

Clean crisp hitting along with beautiful off and on drives, Faulkner can turn a game on its head after coming to the crease. Faulkner, who started out as a left-arm chinaman bowler, steered his bowling career towards being a pacer.

The back-of-a-hand slower ball became his trademark and often troubles the batsmen in the death overs, which in turn curbs down the flow of runs.

One of his most memorable performances had come against Royal Challengers Bangalore (RCB) where his partnership with current Australian captain Steve Smith helped his team win the match. With 83 required from six overs, the duo went berserk and clobbered the bowlers for runs all over the ground and chased down the target with seven balls to spare.

A true all-rounder, an exciting player, Faulkner boasts an impressive strike rate of 135.47 from the 60 matches that he has played and has over 500 runs under his belt. As RR has come back into the IPL fold once again, Faulkner might be reunited with the franchise.

Comments
Topics mentioned in this article
Rajasthan Royals James Faulkner Indian Premier League 2018 Cricket
Get the latest updates on IPL Auction 2023 and check out  IPL 2023 and Live Cricket Score. Like us on Facebook or follow us on Twitter for more sports updates. You can also download the NDTV Cricket app for Android or iOS.