SunRisers Hyderabad have already qualified for the play-offs of IPL 2018. 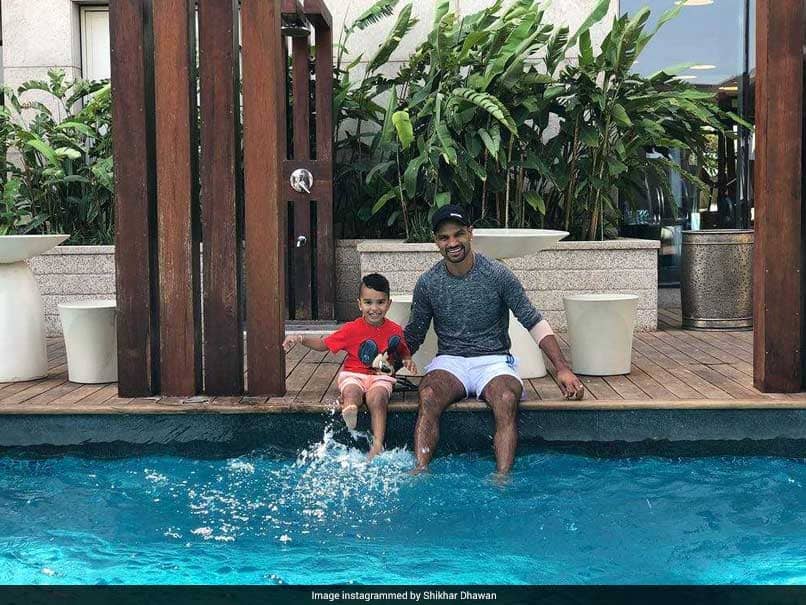 SunRisers Hyderabad (SRH) became the first team to enter the play-offs of the Indian Premier League (IPL) 2018. Apart from captain Kane Williamson, who is the highest run-getter for the Hyderabad outfit in IPL 2018, opener Dhawan also played a key role in team's success in the league. SunRisers Hyderabad are sitting comfortably on top of the points table and will be playing two more matches before entering the main stage of the tournament. Ahead of his team's clash against Virat Kohli-led Royal Challengers Bangalore on Thursday, Shikhar spent time with his son Zoravar. The father and son duo were seen having fun with a 'Hulk' mask. Shikhar took to Twitter and shared a small video with Zoravar.

Dhawan has played 11 matches so far in the tournament and scored 369 runs at an average of 46.12. On the other hand, Williamson has 544 runs in 12 matches at an average of 60.44. Delhi Daredevils' Rishabh Pant leads the most run-getter chart with 582 runs under his belt.

Dhawan loves to have fun with his team-mates on tours.

In a recent video, the left-hander was seen playing pranks with his SRH teammates Shakib-Al Hasan and Rashid Khan while in a flight.

The Indian opener was seen poking Shakib and Rashid in the nose with a rolled-up piece of paper.

Comments
Topics mentioned in this article
Sunrisers Hyderabad Shikhar Dhawan Indian Premier League 2018 Cricket
Get the latest updates on IPL 2020, check out the IPL Schedule for 2020 and Indian Premier League (IPL) Cricket live score . Like us on Facebook or follow us on Twitter for more sports updates. You can also download the NDTV Cricket app for Android or iOS.