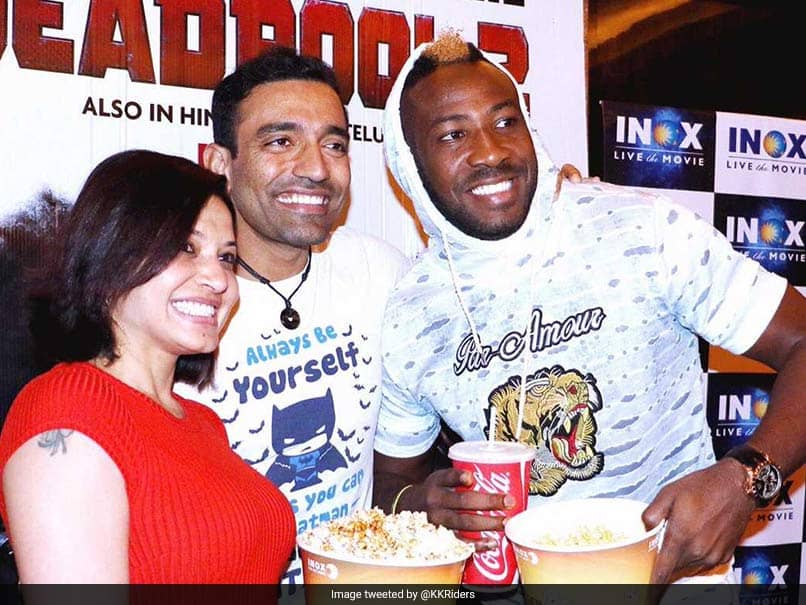 The KKR players got an opportunity to attend a special screening of the movie Deadpool 2.© Twitter

Knights found the perfect way to unwind last night ??, as they attended a special screening of Deadpool 2 ??

KKR are the only team among the four knockout entrants to have got their matches in their own backyard.

If Kolkata Knight Riders win the Eliminator against Rajasthan Royals, their Qualifier 2 will also be at the same venue on May 25. With three wins on the trot, KKR clinched the last-four berth for a sixth time.

With 8 wins and 6 defeats in 14 matches, KKR finished third on the points tally.

SunRisers Hyderabad, who lost the Qualifier 1 to Chennai Super Kings in a low-scoring thriller on Wednesday, finished on top of the points tally. The Orange Army registered 9 wins in 14 matches before entering the knockouts of the cash-rich league.

SRH will now take on the winner of Eliminator match (Rajasthan Royals or Kolkata Knight Riders) in Qualifier 2 on May 25 at Eden Gardens in Kolkata.