IPL 2018: MS Dhoni Shows Age Is Just A Number, Finishes Off In Style

MS Dhoni blazed his way to a 34-ball 70 to power Chennai Super Kings to a thrilling five-wicket win over Royal Challengers Bangalore in the Indian Premier League (IPL). 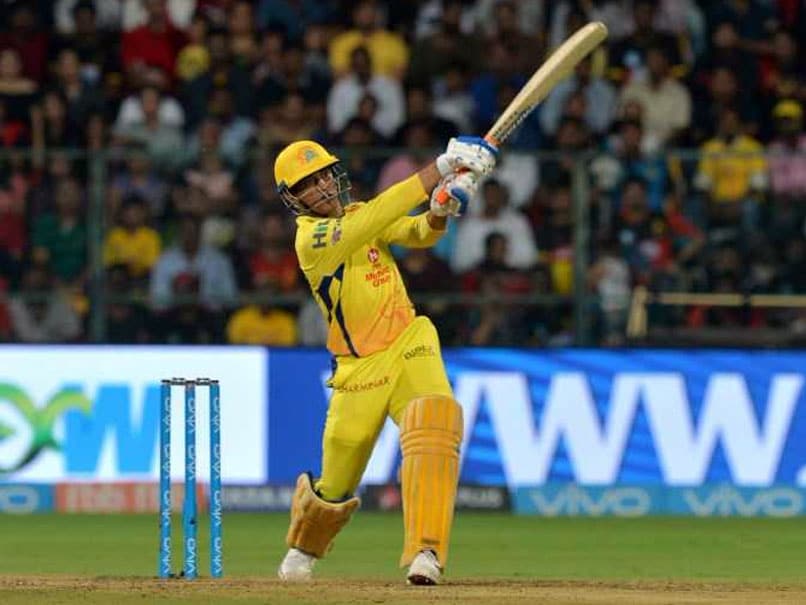 MS Dhoni remained not out on 70 runs and was well supported by Ambati Rayudu.© AFP

Keep calm and trust Mahendra Singh Dhoni. The former India captain once again showed that age is just a number for him. Dhoni blazed his way to a 34-ball 70 to power Chennai Super Kings to a thrilling five-wicket win over Royal Challengers Bangalore in the Indian Premier League (IPL) on Thursday. Chasing a massive total of 206 runs, Dhoni was at his explosive best, blasting seven sixes as the visitors won with five wickets and two deliveries to spare clash at the M. Chinnaswamy Stadium. CSK needed 16 runs in the last over and Dhoni hit a six to see his team through. Dhoni remained not out on 70 runs and was well supported by Ambati Rayudu, who slammed four boundaries and eight sixes in his 53-ball 83 runs knock.

Just after the CSK's win, RCB fans slammed Virat Kohli's men for gifting the win in a platter.

As a RCB fan it is very sad to say that vk 's captaincy is very poor.why can't you allowed to bowl grandhomme....

Vettori is responsible for Poor performance of RCB all over the past 5 years.. Coz of his Mediocre and Out of Form players selection..
So Please Remove him as Headcoach..

Batting first, RCB notched up a competitive 205 for eight riding on Ad de Villiers 30-ball 68 and Quinton de Kock's 53, but CSK chased down the target with two balls to spare.

CSK were off to a bad start with Pawan Negi sending back Shane Watson with just eight runs on the board. Sam Billings came and went back to the dugout for the addition of just nine runs to the team total, while Ravindra Jadeja was bowled by Yuzvendra Chahal to leave CSK in a spot of bother at 74 for four.

However, Rayudu and skipper Dhoni had other ideas as the duo staged a fine recovery before bringing CSK right back into the game.

A flurry of sixes flowed from the blades of Rayudu and Dhoni as they constructed their innings keeping the required run rate in mind.

Comments
Topics mentioned in this article
Royal Challengers Bangalore Chennai Super Kings MS Dhoni Dwayne Bravo Indian Premier League 2018 Cricket
Get the latest updates on IPL 2021, check out the IPL 2021 Schedule and Indian Premier League Live Score . Like us on Facebook or follow us on Twitter for more sports updates. You can also download the NDTV Cricket app for Android or iOS.