The Indian cricket board announced its decision after Cricket Australia banned Warner and Smith for a year for their involvement in ball-tampering scandal. 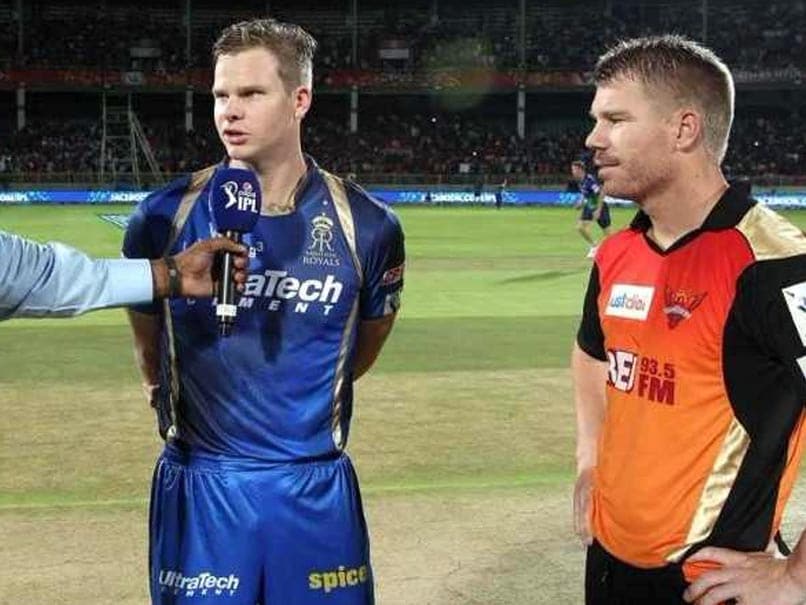 The Board of Control for Cricket in India (BCCI) on Wednesday barred Australian cricketers David Warner and Steven Smith from participating in the 11th edition of the Indian Premier League (IPL). The Indian cricket board announced its decision after Cricket Australia handed one-year bansto Warner and Smith for their involvement in ball-tampering. Cricket Australia also suspended Cameron Bancroft for nine months. "They (Cricket Australia) have banned two players and we are also barring these two players from this year's IPL," IPL Chairman Rajeev Shukla told reporters on Wednesday..

"We wanted everything in our own hands. First, we waited for ICC's decision, after that Cricket Australia and then we decided on the matter," he said.

"The replacements will be made available to the two teams. We did not take any decision in haste, it was a well thought out decision," Shukla added.

"The BCCI hopes that the cricketers participating in the IPL hold the highest regard for the Spirit of Cricket and Code of Conduct for Players and Match Officials. The concerned IPL franchises will be allowed replacement players," it said.

Earlier in the day, Warner stepped down as captain of the SunRisers Hyderabad franchise for the IPL 2018.

Warner had previously led Hyderabad to the IPL title in 2016 while ending up as the highest run-getter in the 2015 and 2017 editions of the cash-rich tournament.

The controversy surrounding Smith and Warner exploded on day three of the Cape Town Test last week, when Bancroft was caught using yellow tape to alter the condition of the ball before attempting to hide it in down his trousers.

Smith took responsibility for Bancroft's actions, admitting the move was planned by the team's "leadership group". He called it "a big mistake".

Comments
Topics mentioned in this article
Australia Cricket Team Sunrisers Hyderabad Rajasthan Royals Indian Premier League 2018 Cricket David Warner Steven Smith
Get the latest updates on ICC Women's Cricket World Cup 2022 and IPL 2022, check out the Schedule , Live Score and IPL Points Table. Like us on Facebook or follow us on Twitter for more sports updates. You can also download the NDTV Cricket app for Android or iOS.