Virat Kohli Reveals Who His Off-Field Captain Is

Anushka Sharma and Virat Kohli are the hottest couple in Indian cricket and Bollywood circles. 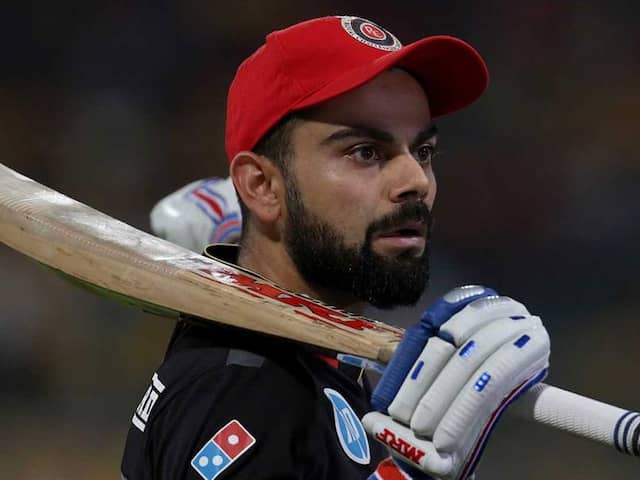 Virat Kohli's leadership took Indian cricket to new heights after Mahendra Singh Dhoni retired. With his captaincy and hunger for runs, Virat Kohli has become a nightmare for many teams. Besides being the captain of the Indian cricket team, Virat Kohli has taken to the role of being a doting husband quite seamlessly. In a video interview that is making the rounds on the Internet, Virat Kohli said that his wife and Bollywood actress Anushka Sharma is the "captain" at home. When the interviewer asked who the captain was off the field, Kohli smiled and replied: "She (Anushka Sharma) is, of course. She takes all the right decisions in life. She's totally my strength and she keeps me positive all the time, and that's what you want in a life partner so I'm very grateful."

"... She (@AnushkaSharma) is ofcourse (the captain off field), she takes all the right decisions in life... She is totally my strength and she keeps me positive all the time and that's what you want with your life partner so I'm very grateful" - @imVkohli #Virushka pic.twitter.com/ZtqIjiAwoB

"She is very passionate about the game. She understands the game and she can understand the sentiments of all the players, what they go through and stuff, which I think is the most beautiful thing," Kohli said.

Anushka Sharma and Virat Kohli got married in December last year in Italy. They hosted two wedding receptions in Delhi and Mumbai, respectively.

Recently, Anushka was spotted wearing the Kohli's outfit at an airport. Kohli was seen working out in the gym wearing the same T-shirt which Anushka wore with elan.

Kohli, who led Royal Challengers Bangalore in 2018 Indian Premier League, was his team's highest run-getter. The captain scored 530 runs in 14 matches at an average of 48.18.

Comments
Topics mentioned in this article
India Cricket Team Royal Challengers Bangalore Virat Kohli Cricket Indian Premier League 2018
Get the latest Cricket news, check out the India cricket schedule, Cricket live score . Like us on Facebook or follow us on Twitter for more sports updates. You can also download the NDTV Cricket app for Android or iOS.