The 18-year-old Prithvi Shaw broke into the final 12-member Team India list for the first Test against the Windies. 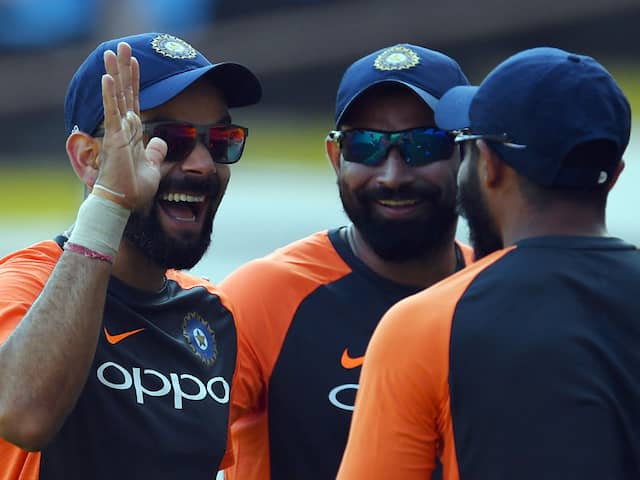 Virat Kohli is known for his tough and flamboyant approach on the field.© AFP

Indian cricket team captain Virat Kohli is known for his tough and flamboyant approach on the field. However, 18-year-old Prithvi Shaw, who broke into the final 12-member Team India list for the first Test against the Windies, told BCCI.tv that Virat Kohli is just the opposite off the field. He also said that Virat Kohli tried to make him comfortable by cracking jokes and trying to speak Marathi.

INTERVIEW: Young @PrithviShaw is all set to make his Test debut for #TeamIndia tomorrow

Watch the youngster speak about his first stint with the Test side, the dressing room vibes & captain @imVkohli -interview by @28anand

"I just spoke to him, he just had some jokes and just tried to speak Marathi, which is really funny," he added.

Shaw also confessed that he was initially a bit nervous on meeting the senior team players, but Team India coach Ravi Shastri and skipper Kohli comforted him by saying there is nothing like senior or junior here.

"I'm feeling very good, a bit nervous but when I came to the dressing room everyone like...like over here there is no senior or junior Virat bhai and Ravi sir told me and it felt really nice, I was really comfortable," Shaw said.

The top-order batsman, Shaw has scored 1418 in 14 matches for Mumbai averaging a magnificent 56.72. He holds a highest score of 188 runs.

Shaw had also led the India U-19 team to World Cup victory, earlier this year.

Virat Kohli Prithvi Shaw India vs West Indies 2018 Cricket
Get the latest Cricket news, check out the India cricket schedule, Cricket live score . Like us on Facebook or follow us on Twitter for more sports updates. You can also download the NDTV Cricket app for Android or iOS.