Following Virat Kohli's heroics with the bat, Mumbai Police came up with a novel way of congratulating the Indian captain. 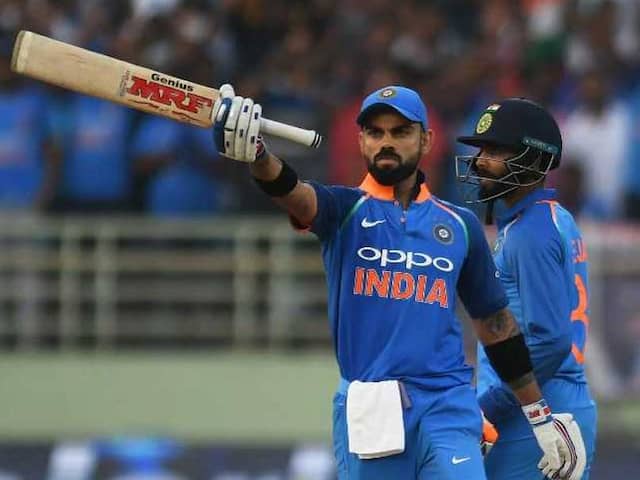 Virat Kohli was on a record-breaking spree on Wednesday with the Windies bowlers coming under attack. Kohli shattered Sachin Tendulkar's record to become the fastest batsman to score 10,000 runs in ODIs. He also went on to score his 37th ODI century. Following his heroics with the bat, Mumbai Police came up with a novel way of congratulating the Indian captain. "No over-speeding challan here, just accolades & best wishes for more @imVkohli ! Many congratulations on your amazing feat!," read a tweet posted on Mumbai Police's official Twitter handle.

The tweet quickly went viral and garnered more than 300 retweets and nearly 2,000 likes.

Good to see some good copy writers in Mum Police, nice. Very creative. Keep it up!

I like the way you give admiration to concerned person and social awareness to all others in single message...Hats off @MumbaiPolice !!!

Kohli broke the record of compatriot and batting great Sachin Tendulkar, who had reached the 10,000-run milestone in 259 innings. The Indian captain took only 205, becoming the 13th cricketer to reach 10,000 runs.

The 29-year-old Kohli, who hit 13 boundaries and four sixes, bettered Tendulkar's record by an incredible 54 innings, and then went past 1,000 runs in the calendar year in only 11 innings, which is also the fastest.

However, despite Kohli's record-breaking performance, things didn't go all India's way with Shai Hope playing out of his skin to earn the Windies a spectacular tie.

With the Windies chasing 322 to win, Hope scored an unbeaten 123 off 134 balls to sour Virat Kohli's momentous day. The visitors needed five off the last ball of the match, bowled by Umesh Yadav.

Hope managed to get some bat on Umesh's wide yorker and the ball ran away to the boundary as the second ODI ended in a tie at the Dr. Y.S. Rajasekhara Reddy ACA-VDCA Cricket Stadium in Visakhapatnam.

Sachin Tendulkar India vs West Indies 2018 India vs West Indies, 2nd ODI Cricket
Get the latest Cricket news, check out the India cricket schedule, Cricket live score . Like us on Facebook or follow us on Twitter for more sports updates. You can also download the NDTV Cricket app for Android or iOS.