Virat Kohli is the fifth India batsman and 13th overall to score 10,000 runs in the 50-over format. 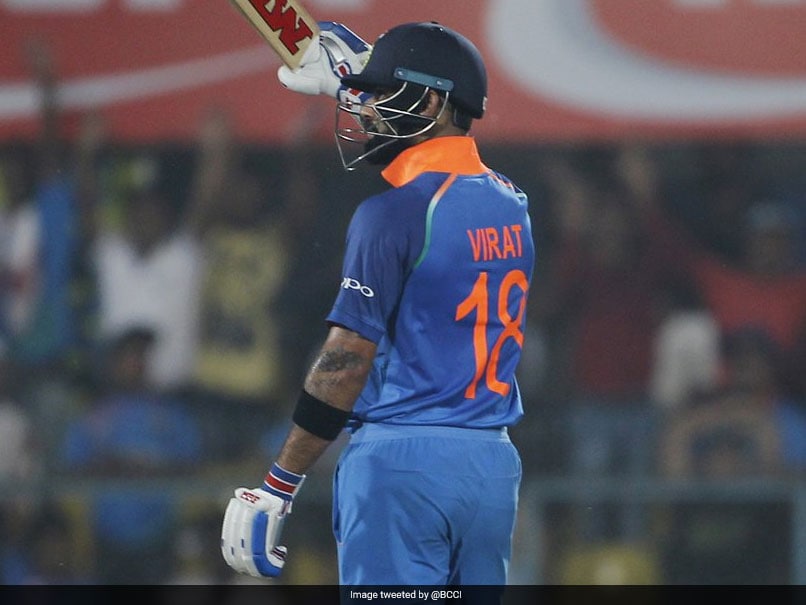 Team India skipper Virat Kohli, who has been on a record-shattering spree, became the fastest batsman in the world to score 10,000 runs in One-Day Internationals (ODIs). When he walked out to bat in the second ODI of the five-match series against the Windies on Wednesday in Visakhapatnam, Kohli was 81 runs short of the commendable feat. Kohli, playing his 213th ODI, took a single off spinner Ashley Nurse to join the elite list. The 29-year-old achieved the feat in 205 innings, surpassing batting maestro Sachin Tendulkar, who did it in 259 in 2001.

Virat Kohli also brought up his 37th ODI century. He remained unbeaten on 157 off 129 balls as India posted a mammoth total of 321/6 against the Windies. It was his fourth 150-plus score in the ODIs.

Virat Kohli is now the fifth India batsman and 13th overall to score 10,000 runs in the 50-over format.

Virat Kohli also has the distinction of having scored 1000 runs this year in ODIs in just 11 matches at an average of 143.43 runs. England's Jonny Bairstow has taken more than double the number of matches to top the list with 1,025 runs at an average of 46.59.

On Wednesday, Kohli completed 4,000 runs in ODIs at home. He became the fastest to do so as he took just 78 innings as compared to Tendulkar's 92.

He also took over Tendulkar's aggregate of 1,573 to become India's highest run-getter in ODIs against the Windies.

Virat Kohli India vs West Indies 2018 Cricket India vs West Indies, 2nd ODI
Get the latest updates on SA vs IND 2021-22, check out the Schedule and Live Score . Like us on Facebook or follow us on Twitter for more sports updates. You can also download the NDTV Cricket app for Android or iOS.