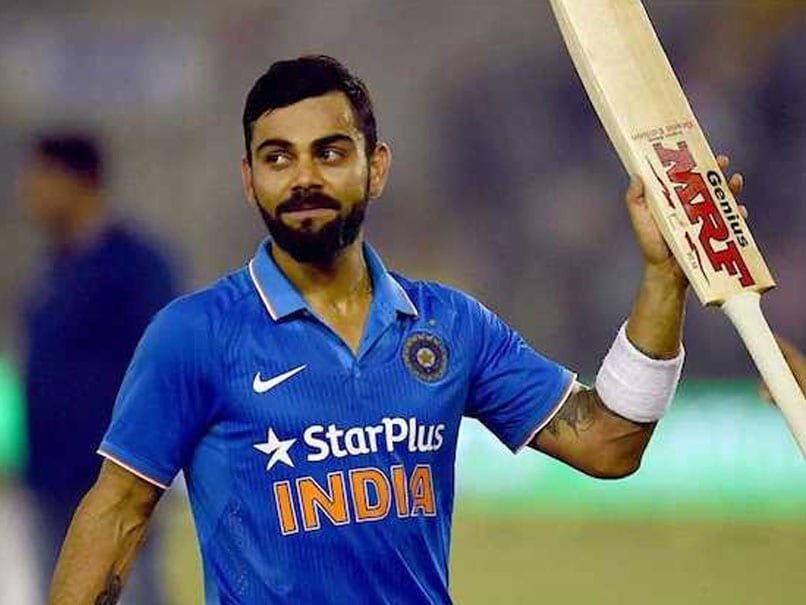 Jonty Rhodes, former South African cricketer, is one of the best fielders the game has ever produced. Jonty Rhodes always had a soft corner for India. On Tuesday, Jonty Rhodes showered the ultimate praise on Indian cricket captain Virat Kohli. Jonty Rhodes called Virat Kohli a modern day great. "I am just blown away by his conversion rates and his sheer consistency. He is certainly a modern day great. The sheer determination to keep winning games for India makes him a special cricketer", he told Sportstar Live.

Kohli's skills with the bat is there for all to see. He is breaking batting records at will and accumulating runs as if it is a walk in the park. Currently leading the Indian side against the Windies, Kohli scored a fantastic century in the first ODI on Sunday. If Kohli manages to score another 81 runs in the remaining four ODIs against the Windies, he will become the fastest to 10,000 ODI runs in terms of innings.

The current record is held by batting legend Sachin Tendulkar, who took 259 innings and it seems Kohli is very much in the scheme of things to overtake him in the ongoing Windies tour itself. Kohli has played 204 innings so far and if he achieves this, he will become the 5th Indian to reach the 10,000-run mark in ODIs.

Kohli is already having a breathtaking 2018in terms of runs. With 889 ODI runs, Kohli might not be the top run-getter this year but he has taken just 10 matches to reach there. The Indian captain currently sits in fourth place in the ODI scoring charts in 2018.

Virat Kohli Jonty Rhodes Cricket India vs West Indies 2018
Get the latest updates on ICC Women's Cricket World Cup 2022 and IPL 2022, check out the Schedule , Live Score and IPL Points Table. Like us on Facebook or follow us on Twitter for more sports updates. You can also download the NDTV Cricket app for Android or iOS.