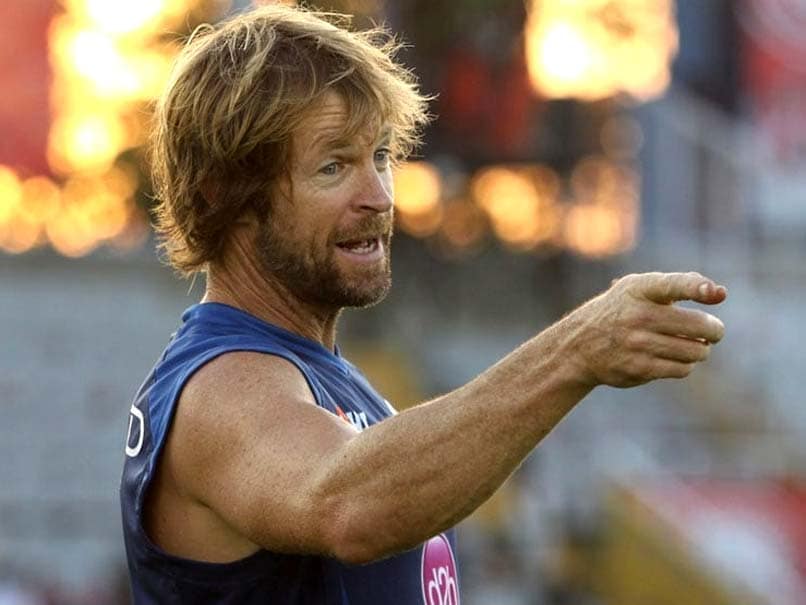 Jonty Rhodes had a stellar career for South Africa© AFP

@JontyRhodes8 this is the best breakfast In Chennai young man! pic.twitter.com/WpEaZfXpIs

A few hours later, Rhodes shared a picture of him enjoying his South Indian Thali and posted the image of the same. "I see your breakfast @ProfDeano and raise u a Veg Thali lunch", he wrote on his official Twitter account in reply to Jones' earlier tweet. Conceding his defeat, Jones replied Rhodes saying "You win".

I see your breakfast @ProfDeano and raise u a Veg Thali lunch pic.twitter.com/hTDpc8aNbb

Rhodes has always shown his affiliation towards India and his love for the country was evident when he named his daughter 'India'. Recently when former Australian batsman Matthew Hayden met with a surfing accident, Rhodes came up with a hilarious analogy to Hayden's injury.

Replying to Hayden's post on Instagram, Rhodes said his injury marks on his foreheadwas similar to the map of Tamil Nadu. "@haydos359 is that a map of The Tamil Nadu coast u are wearing on your forehead? Real commitment buddy!!! Some of us softies take the easy option and just get tattoos!!", Rhodes wrote.

Ok. Last attention seeking post I promise. Just wanted to say a big thank you to all our mates on Straddie who have been so supportive. Especially Ben & Sue Kelley for the fast diagnosis with MRI, CT scan. Fractured C6, torn C5,C4 ligaments safe to say I truly have dodged a bullet. Thank you everyone On the road to recovery

Comments
Topics mentioned in this article
Jonty Rhodes Cricket
Get the latest updates on IPL 2021, check out the IPL 2021 Schedule and Indian Premier League Live Score . Like us on Facebook or follow us on Twitter for more sports updates. You can also download the NDTV Cricket app for Android or iOS.