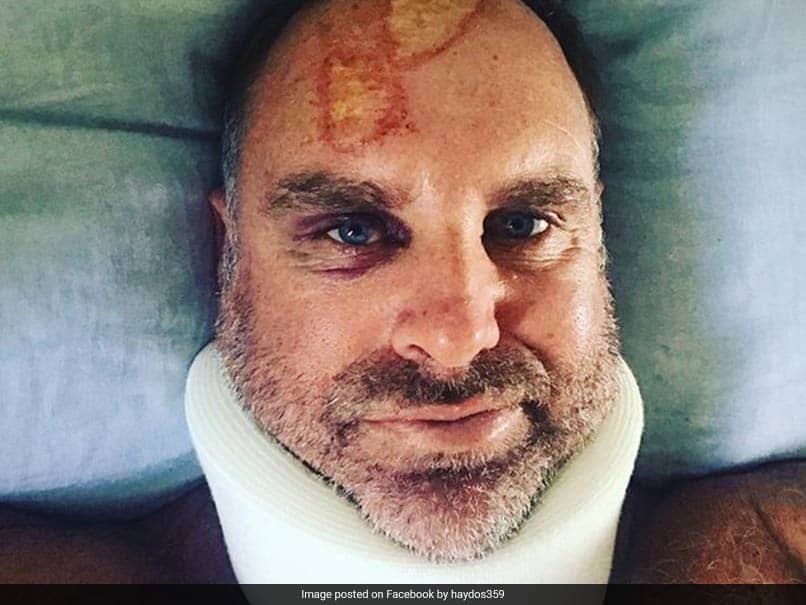 Former South African cricketer Jonty Rhodes has time and again showed his love for India. Jonty Rhodes had earlier named his daughter India, and recently spotted the map of Tamil Nadu on Matthew Hayden's head injury. He replied to Matthew Hayden's post on Instagram and said, "@haydos359 is that a map of The Tamil Nadu coast u are wearing on your forehead? Real commitment buddy!!! Some of us softies take the easy option and just get tattoos!!"

Test great Matthew Hayden said on Monday that he had "dodged a bullet" after suffering head and neck injuries, including a spine fracture, while surfing during a holiday in Queensland.

Ok. Last attention seeking post I promise. Just wanted to say a big thank you to all our mates on Straddie who have been so supportive.Especially Ben & Sue Kelley for the fast diagnosis with MRI, CT scan. Fractured C6, torn C5,C4 ligaments safe to say I truly have dodged a bullet. Thank you everyone On the road to recovery

Hayden, a top-order batsman who was last year inducted into the Australian Cricket Hall of Fame, fractured his spine near the base of his neck, tore several ligaments and hurt his forehead after being dumped into a sandbank while surfing with his son Josh off North Stradbroke Island on Friday.

"Fractured C6, torn C5, C4 ligaments safe to say I truly have dodged a bullet," Hayden wrote in an Instagram post beside a photo of his battered face.

"Thank you everyone. On the road to recovery."

The 46-year-old, who retired from international cricket in 2009 after a 103-Test career, told Brisbane's Courier Mail he was "bloody lucky" to escape serious injury.

Hayden said he was able to get back onto the beach, but had scans later that day, which revealed the extent of his injuries.

Despite the scare, Hayden said he would return to surfing, adding: "The ocean gives and the ocean takes -- I will be back."

South Africa Cricket Team Matthew Hayden Jonty Rhodes Cricket
Get the latest updates on India vs Australia Series, check out the India vs Australia Schedule for 2020-21 and Ind vs Aus live score . Like us on Facebook or follow us on Twitter for more sports updates. You can also download the NDTV Cricket app for Android or iOS.