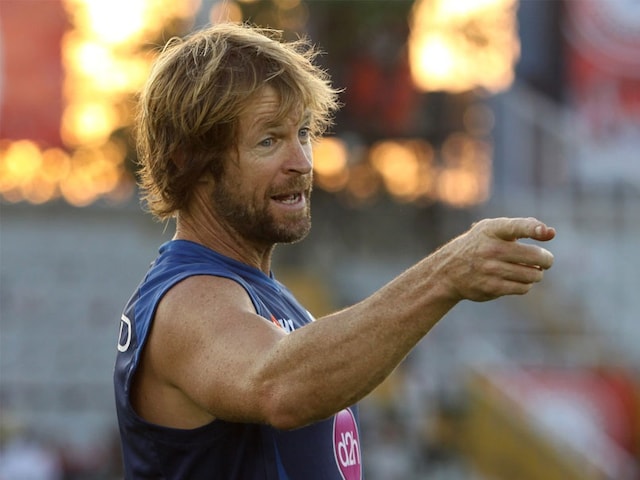 Jonty Rhodes was with Mumbai Indians for nine seasons© AFP

Three-time Indian Premier league (IPL) champions Mumbai Indians (MI) on Thursday announced the appointment of New Zealander James Pamment as its new fielding coach as they team seek to defend their title in 2018. Pamment will replace Jonty Rhodes, the former South African international. Rhodes has been an integral part of the champion outfit for nine seasons, since 2009, and has now expressed his desire to move on to spend more time on his personal business ventures.

"Jonty has been a pillar of strength and energy in Mumbai Indians. His contribution cannot be valued in words. We respect his decision and wish him the best for the future. Jonty will always be a part of Mumbai Indians family for life," he said.

"We are happy to introduce James Pamment to the MI Paltan (MI Fan Army). James is an experienced coach at the international level having worked with New Zealand Cricket as fielding specialist and development. What impressed us was the way James had coached Northern Districts in Champions League T20 in 2014, and to be honest, his sides' fielding unit was one of the best Mumbai Indians had ever faced," he added.

Commenting on his new assignment, Pamment said: "It will be a great challenge and at the same time a privilege to fulfil the duties of a role that was held by someone like Rhodes.

"He (Rhodes) has instilled a brilliant work culture among the players, on and off the field, and the results are out there for everyone to see. Mumbai Indians' is a champion outfit and I am grateful to the team's ownership on giving me this opportunity," he added.

Comments
Topics mentioned in this article
Mumbai Indians Jonty Rhodes Cricket
Get the latest Cricket news, check out the India cricket schedule, Cricket live score . Like us on Facebook or follow us on Twitter for more sports updates. You can also download the NDTV Cricket app for Android or iOS.