Pakistan Fan Asks Dean Jones To "Shut Up", Australian Has A Hilarious Reply

Dean Jones didn't take the trolling lying down and had a hilarious reply for the Pakistani fan. 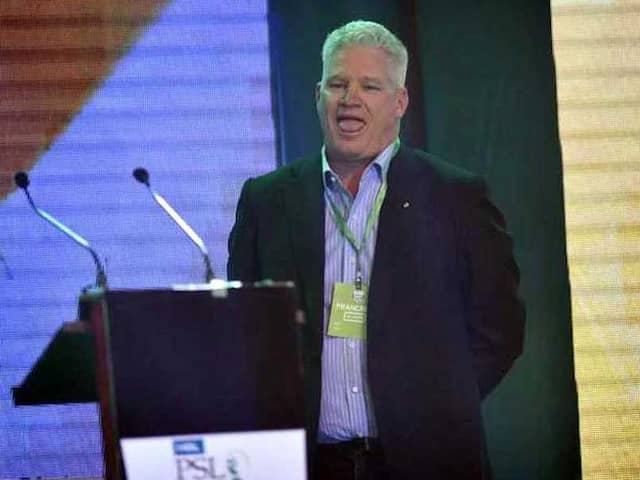 Dean Jones hit back at the Pakistani troll, calling him a "dingbat".© AFP

Former Australian cricketer Dean Jones has been quite a vocal in his support for Pakistan cricket in the past, more so after his coaching stint in the Pakistan Super League (PSL). When the Virat Kohli-led Indian cricket team had gained the number one ranking in Tests, Jones had said that he didn't believe in the number one status for India because they had not played Pakistan. Just a few days back, the former Australian batsman had gone as far as claiming Pakistan to be the No.1 fielding side in the world. So on Thursday, it came as a massive surprise when a Pakistani fan turned on Jones, asking him to "shut your mouth" and accusing him of biased commentary.

Jones had been asked by a Pakistan fan whether he would take up the Pakistan coaching job was offered to him to which he replied: "No".

No as I feel and trust Micky Arthur will sort this out. Pakistan's senior players must stand up.. and not rely on just a few. https://t.co/GOb0KVLcar

Another Pakistan, Irshad Khan, jumped in and accused Jones of being a biased commentator.

Jones, however, didn't take the abuse lying down, calling the Pakistan fan a "dingbat".

Other fans including some Pakistanis came to Jones’ defence.

Deeno pakistan loves u, but unfortunately we have some whom top roof are worst then douchebags

It's pitty that a Pakistani fan calls @ProfDeano biased. The reality is that he always praises Pakistan team .

I'm sorry Dean, for this idiot speaking to you like that, he's a rotten apple

Pakistan were eliminated from the Asia Cup 2018 on Wednesday after a 37-run loss to Bangladesh in the final Super Four match of the tournament. Pakistan had already lost to India in the Super Four and just had one win, their narrow victory over Afghanistan.

The loss for Pakistan meant that Bangladesh will now face India in the Asia Cup final on Friday at the Dubai International Cricket Stadium.

Australia Cricket Team Dean Mervyn Jones Asia Cup 2018 Cricket
Get the latest Cricket news, check out the India cricket schedule, Cricket live score . Like us on Facebook or follow us on Twitter for more sports updates. You can also download the NDTV Cricket app for Android or iOS.