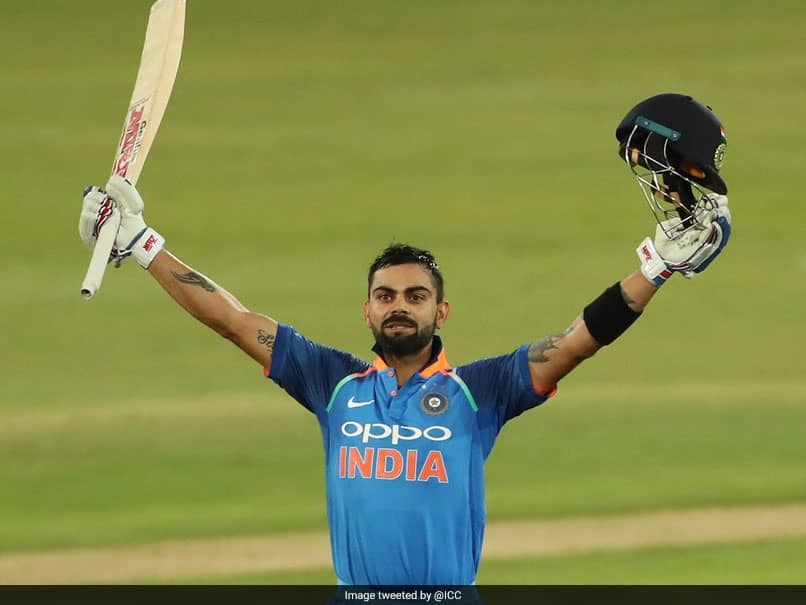 Virat Kohli scored his 37th One-day International (ODI) hundred on Wednesday. Virat Kohli achieved this feat during the second ODI against the Windies at the Dr. YS Rajasekhara Reddy ACA-VDCA Cricket Stadium in Visakhapatnam. During his stay in the middle, Kohli hit 10 boundaries and scored the century off 106 balls. The Indian run-machine looked in fine touch as he scored runs at will and sent the Windies bowlers on a leather hunt. Virat Kohli made the most of the chances as he was dropped by the Windies captain Jason Holder on 44 off an Obed McCoy slower delivery.

Sachin Tendulkar had achieved this feat back in March 31 in 2001.

On Wednesday, Kohli completed 4,000 runs in ODIs at home. He became the fastest to do so as he took just 78 innings as compared to Tendulkar's 92.  He also took over Tendulkar's aggregate of 1,573 to become India's highest run-getter in ODIs against the Windies.

Earlier in the second ODI, Kohli won the toss and elected to bat against the Windies. India lost Rohit Sharma (4) and Shikhar Dhawan (29) early. However, the Indian ship was steadied by Kohli and Ambati Rayudu.

The Indian duo stitched together a 139-run partnership to motor India forward towards a competitive total. Ambati Rayudu, who scored his 9th ODI fifty, was dismissed for 73 off 80 balls by spinner Ashley Nurse.

Virat Kohli India vs West Indies 2018 India vs West Indies, 2nd ODI Cricket
Get the latest updates on IPL 2021, IPL Points Table , IPL Schedule 2021 , live score . Like us on Facebook or follow us on Twitter for more sports updates. You can also download the NDTV Cricket app for Android or iOS.