India vs Sri Lanka: India go into the last match of the series with a 1-0 lead and will look to further compound the misery on Sri Lanka, who will be without the injured Isuru Udana. 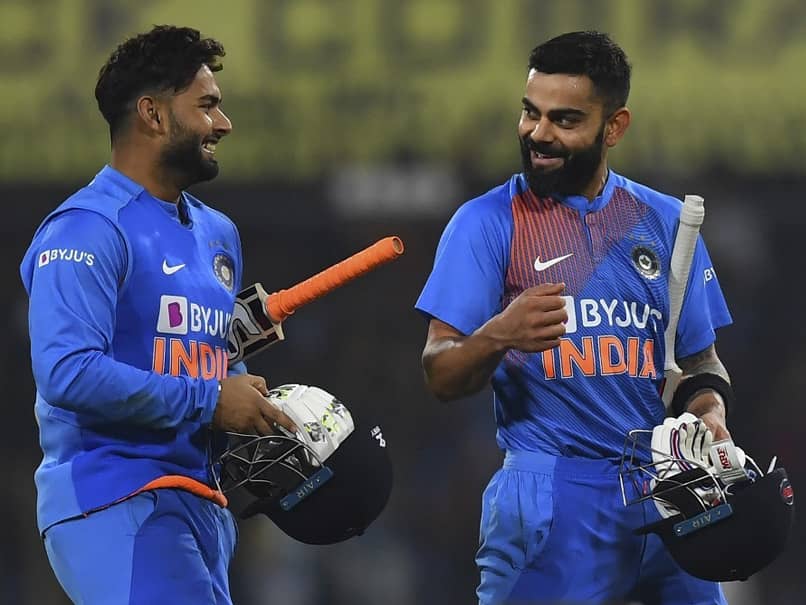 Virat Kohli will be aiming to seal a 2-0 series win over Sri Lanka in Pune.© AFP

India will look to clinch the T20 International (T20I) series against Sri Lanka in the third T20I at the MCA Stadium in Pune after taking a 1-0 lead in the series. A good bowling display followed by a clinical chase saw India win the second T20I in Indore after the first match in Guwahati was abandoned due to a damp pitch. Sri Lanka, who will be without the services of injured all-rounder Isuru Udana, will be aiming for a better showing with the bat, after squandering a good start by the openers in the second T20I at the Holkar Stadium.

With fellow opener KL Rahul putting in another fine display, Shikhar Dhawan will be looking to make a mark after a moderate performance in the second T20I. The left-hander, who had an average year in the shortest format of the game in 2019, is in the danger of losing his spot in the team to Rahul, who impressed in the T20I series against the West Indies in his absence.

With the T20 World Cup scheduled in October, Dhawan will hope to make the most of his chances to seal the second opener's spot, with Rohit Sharma -- rested in this series -- a sure-shot starter at the top of India's batting lineup.

While Jasprit Bumrah had a quiet return to international cricket, captain Virat Kohli was impressed by the performance of the two other pacers, Shardul Thakur and Navdeep Saini, in the second T20I.

Navdeep Saini picked up two wickets while Thakur claimed three scalps in one over to cap off an impressive bowling display.

Kohli had asked India's middle-order to step up in case of a top-order failure and Shreyas Iyer, promoted to No. 3 in the second T20I, produced yet another solid display, thumping 34 off 26 deliveries in a 51-run stand with the skipper.

With the win in Indore, India ensured they can't lose the series, and the Pune clash may be used as an opportunity to test the bench strength, with the likes of Manish Pandey and Sanju Samson missing out in the second T20I.

With the batsmen struggling and Udana injured, Sri Lanka may turn to veteran Angelo Mathews, who returned to the T20I squad after 16 months.

"After that batting performance, everybody has a chance of playing," said coach Mickey Arthur following the team's defeat in Indore.

The match starts at 7 PM IST.

KL Rahul Cricket
Get the latest updates on India vs Australia Series, check out the India vs Australia Schedule for 2020-21 and Ind vs Aus live score . Like us on Facebook or follow us on Twitter for more sports updates. You can also download the NDTV Cricket app for Android or iOS.