Manish Pandey was also impressive on the field as he took a catch and was involved in a run-out. 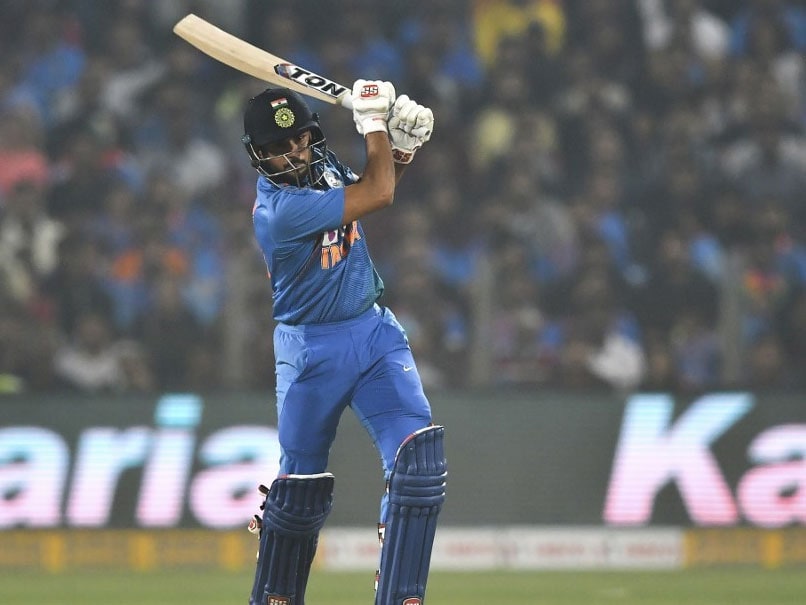 Manish Pandey said that he was happy to contribute to the team's victory.© AFP

After a quickfire 18-ball unbeaten 31 runs against Sri Lanka in the third T20I, India batsman Manish Pandey said that he was happy to contribute to the team's victory as the Men in Blue defeated the islanders by 78 runs to win the series 2-0. The Virat Kohli-led India scored 201/6 in the allotted twenty overs as KL Rahul (54), Shikhar Dhawan (52) and Pandey played crucial knocks.

"After a long time, I got a chance to play for India. I was talking with the coaches during training about how to grab opportunities and making sure that I deliver. It felt like I was playing after a long time and I am happy to contribute to the side's winning cause," Pandey told Yuzvendra Chahal on 'Chahal TV'.

Pandey was also impressive on the field as he took a catch and was involved in a run-out.

"Batting and fielding are equally important, and it is important to give each aspect a proper time during training. In a close match, catches and good fielding help a lot," Pandey expressed.

India will now take on Australia in a three-match ODI series, starting January 14 in Mumbai.

Manish Pandey India vs Sri Lanka, 2020 Cricket India vs Sri Lanka, 3rd T20I
Get the latest updates on IPL Auction 2023 and check out  IPL 2023 and Live Cricket Score. Like us on Facebook or follow us on Twitter for more sports updates. You can also download the NDTV Cricket app for Android or iOS.