Jasprit Bumrah bowled an economical spell of two overs picking up a wicket while conceding just five runs against Sri Lanka in the 3rd T20I in Pune. 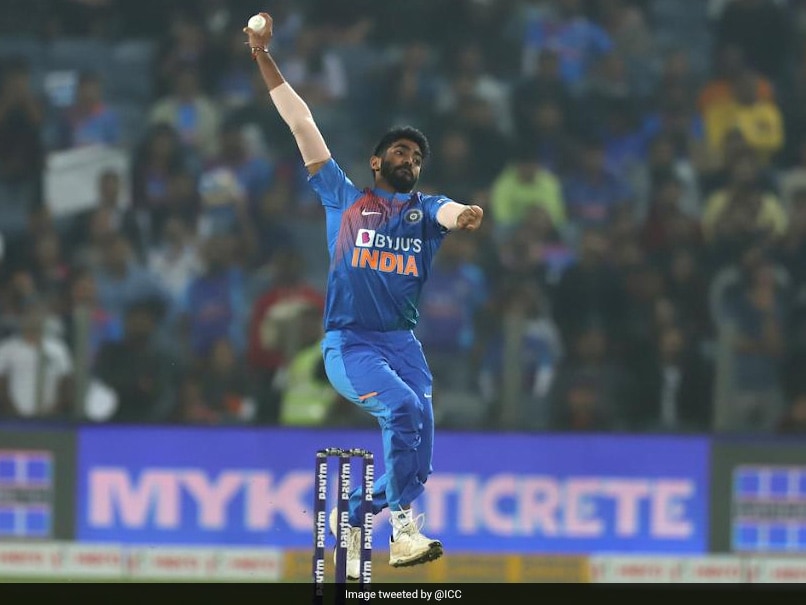 Jasprit Bumrah, who played his first international series after a gap of four months, went past Ravichandran Ashwin and Yuzvendra Chahal to become the leading wicket-taker for India in Twenty20 Internationals (T20Is) on Friday. Jasprit Bumrah dismissed Danushka Gunathilaka in the first over of Sri Lanka's chase of 202 to take his wickets tally to 53 in the shortest format. Before the start of the third T20I, there was a three-way tie between Bumrah, Ashwin and Chahal. Ashwin last played a T20I against the West Indies back in 2017 while Chahal, who was part of the playing XI in Pune, went wicketless in India's commanding 78-run win over the visitors.

The Board of Control for Cricket in India (BCCI) took to Twitter to congratulate the fast-bowler.

Jasprit Bumrah is now the leading wicket-taker in T20Is for #TeamIndia pic.twitter.com/7PWeaq2Fyj

In the match, Sri Lanka captain Lasith Malinga invited India to bat on a flat pitch in Pune.

India's opening pair of Shikhar Dhawan and KL Rahul put on a 97-run partnership for the first wicket.

Shikhar, who came back from a knee injury in the series, scored a fluent half-century.

KL Rahul top scored with a knock of 54 off 36 deliveries. Late flourish from Virat Kohli, Manish Pandey and Shardul Thakur took India past 200.

In reply, Sri Lanka lost their openers inside the first couple of overs.

Angelo Mathews and Dhananjaya de Silva tried to steady the ship with a 68-run stand for the fifth wicket but once Washington Sundar removed Mathews, Sri Lanka kept losing wickets at regular intervals and were eventually bowled out for 123.

With the win, India clinched the three-match series 2-0. Shardul Thakur was named player of the match for his all-round show while Navdeep Saini was adjudged player of the series.

Yuzvendra Chahal India vs Sri Lanka, 2020 Cricket
Get the latest updates on Fifa Worldcup 2022 and check out  Fifa World Cup Schedule, Stats and Live Cricket Score. Like us on Facebook or follow us on Twitter for more sports updates. You can also download the NDTV Cricket app for Android or iOS.