Openers KL Rahul and Shikhar Dhawan stitched together a 97-run partnership as India amassed 201/6 after being put in to bat by Lasith Malinga. 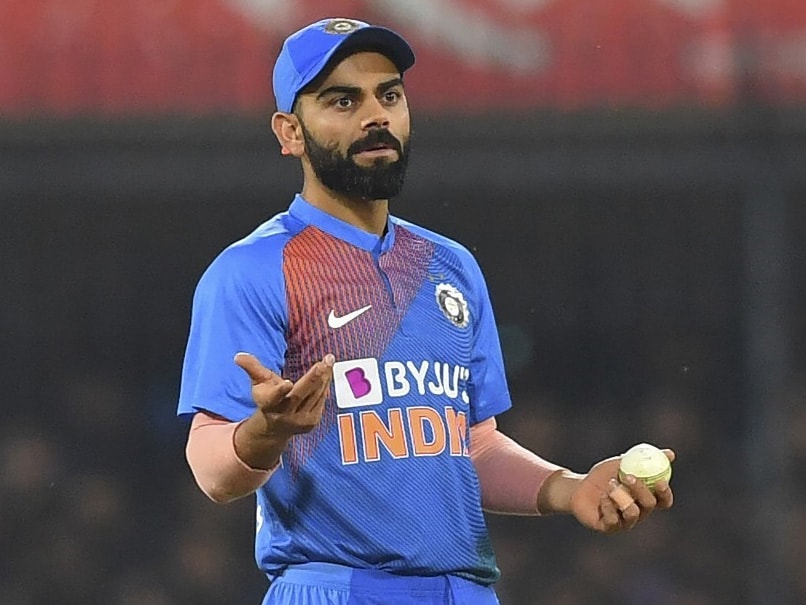 Virat Kohli said he does not endorse the idea of "pitting people against each other".© AFP

Virat Kohli was over the moon after India's solid start to the year as they claimed a 78-run, series-clinching win over Sri Lanka in the third T20I in Pune on Friday. Openers KL Rahul, who top-scored with 54, and Shikhar Dhawan, who hit 52, stitched together a 97-run partnership as India amassed 201/6 after being put in to bat by Lasith Malinga. India's limited overs mainstay opener Rohit Sharma was rested for the just-concluded series. With India looking to find their best combination ahead of the T20 World Cup to be played in October, Kohli is now spoiled for choice as far as openers are concerned. However, the Indian skipper gave a stern response to the query about the opening slots. "All three openers are pretty strong players, and it's great to have players playing well in the team. It gives you options. But I think people need to stop pitting people against each other," Kohli said at the post-match presentation.

Virat Kohli added that cricket is a team sport and he does not endorse the idea of "pitting people against each other".

"It's all about a team game. I don't endorse this idea of putting people in the team against each other," Virat Kohli added.

Navdeep Saini claimed three wickets to help dismiss Sri Lanka for 123 in 15.5 overs despite a fighting 57 by Dhananjaya de Silva.

Shardul Thakur also played a key part after hitting 22 off eight balls while batting down the order and then taking two wickets.

"Good start to this year. We have started on the right track, chasing one game and setting one game. Two very clinical performances, so I'm very happy," said Kohli.

"Just the confidence of getting that 200 mark every now and then will put us in a good stead. That middle collapse was challenging and what Manish (Pandey) and Shardul did was very good," Kohli said.

Shikhar Dhawan India vs Sri Lanka, 2020 Cricket India vs Sri Lanka, 3rd T20I
Get the latest updates on IPL Auction 2023 and check out  IPL 2023 and Live Cricket Score. Like us on Facebook or follow us on Twitter for more sports updates. You can also download the NDTV Cricket app for Android or iOS.