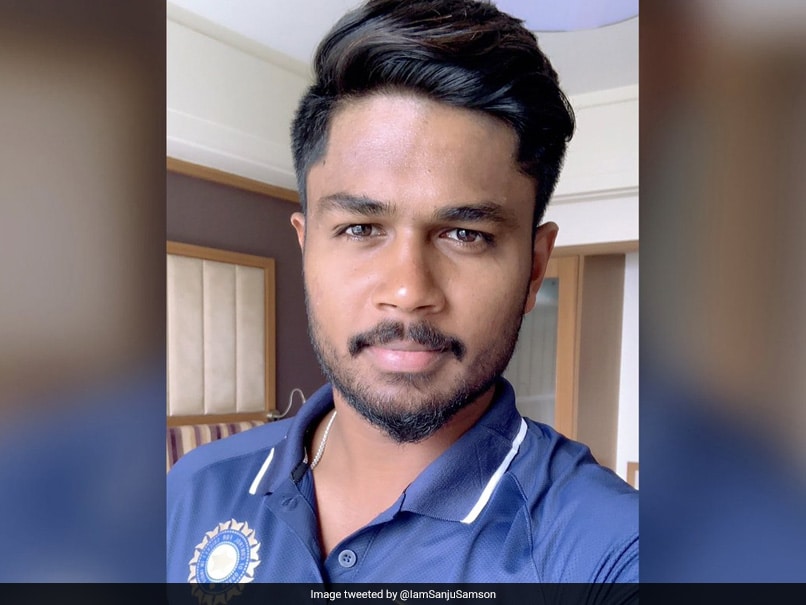 Sanju Samson made his T20I debut for India in 2015 with a game against Zimbabwe.© Twitter@IamSanjuSamson

Sanju Samson, the wicket-keeper batsman, has been included in India's playing XI for the third and final T20I against Sri Lanka in Pune. Samson got a game in place of Rishabh Pant, whose glove work has been under the scanner for quite some time now. Although Samson's inclusion delighted his fans on Twitter, the wicket-keeper added an unwanted record to his name at the same time. Sanju Samson made his T20I debut for India in 2015 with a game against Zimbabwe but he got to play his second match in the shortest format after a gap of five years. To put things in perspective, Sanju Samson has missed 73 T20Is between two appearances, which is an India record. Umesh Yadav is now second on the list with 65 T20Is. On the international level, England's Joe Denly sits at the top of the table with 79 T20Is missed between two appearances. Liam Plunkett (74) is second and Sanju Samson is now level in the third spot with Sri Lanka's Mahela Udawatte.

Sanju Samson finally gets a game. So happy for him??

Sanju Samson gets a match at last!

As far as the series is concerned, India lead the three match series 1-0 after the first T20I in Guwahati was washed out without a ball being bowled.

In the 2nd T20I in Indore, Navdeep Saini led a disciplined Indian bowling performance to set up a seven-wicket win on Tuesday.

In the third and final T20I on Friday, Sri Lanka skipper Lasith Malinga won the toss and opted to bowl.

"There might be dew in the second innings. Our top four batsmen need to get big runs," Malinga said.

India made three changes in their bid to clinch the series.

"We wanted to bat first as we wanted to do something different today," said Kohli.