Navdeep Saini turned heads with his express pace and picked up five wickets in the just-concluded T20I series against Sri Lanka. 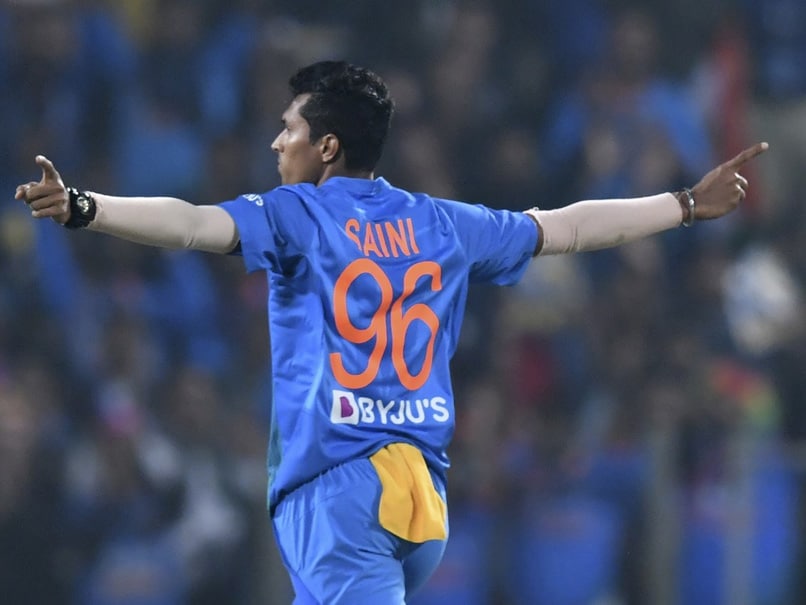 India vs Sri Lanka: Navdeep Saini was declared the man of the series.© AFP

India pacer Navdeep Saini was declared man of the series after India sealed a 2-0 series win against Sri Lanka with a comprehensive 78-run victory in the third T20I in Pune on Friday. Saini picked up five wickets in two matches that were played in the series after the first game was washed out and turned heads with his express pace. Saini is seen as a better red ball bowler in the domestic circuit, but the seamer said that he is now finding it easier to bowl with the white ball.

"When I used to play with the red ball earlier, I used to find bowling with the white ball difficult," said Saini in the post-match presentation ceremony.

"But now after practicing, I have been finding it easier and am improving. My seniors have been helping me as well, telling me how to bowl in different situations," he said.

On Friday, Sainitook three wickets for 28 runs, including the match-winning final wicket.

Saini said that he takes care of his fitness while bowling quick comes naturally to him.

"Bowling fast comes naturally to me. I look after my gym and diet and playing for India is a big deal. I have been playing with the red ball only for the last four-five years, before that I was playing with the tennis ball only," he said.

Sri Lanka Cricket Team Navdeep Saini Maharashtra Cricket Association Stadium, Pune India vs Sri Lanka, 2020 Cricket India vs Sri Lanka, 3rd T20I
Get the latest updates on IPL Auction 2023 and check out  IPL 2023 and Live Cricket Score. Like us on Facebook or follow us on Twitter for more sports updates. You can also download the NDTV Cricket app for Android or iOS.