India vs Sri Lanka 3rd T20I: Navdeep Saini picked up three wickets as Sri Lanka were bowled out for 123 in 15.5 overs. 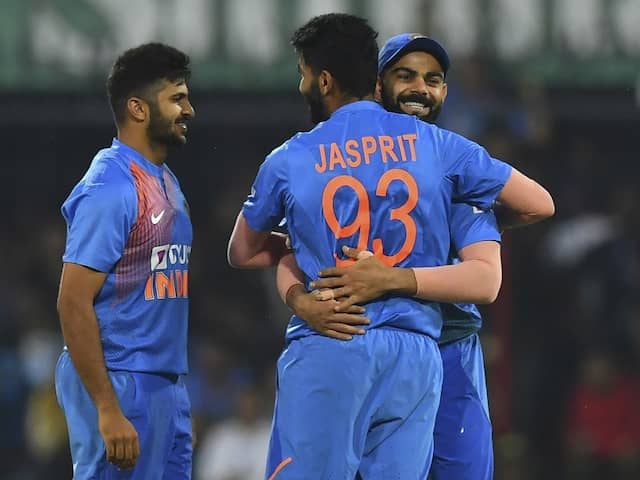 India defeated Sri Lanka by 78 runs in the third Twenty20 International in Pune on Friday to clinch the three-match series 2-0. Navdeep Saini picked up three wickets while Washington Sundar and Shardul Thakur picked up two wickets apiece to bowl out Sri Lanka for 123 in 15.5 overs. Jasprit Bumrah, who picked up a wicket in the first over, became the leading wicket-taker in the shortest format for India, going past Ravichandran Ashwin and Yuzvendra Chahal. Earlier, India had posted a mammoth total of 201 for six after Shikhar Dhawan and KL Rahul laid the foundation with a 97-run partnership for the first wicket. Late flourish from Virat Kohli, Manish Pandey and Shardul Thakur helped India to an imposing total at the Maharashtra Cricket  Association stadium. (SCORECARD)