Gautam Gambhir was mighty impressed with the way KL Rahul batted during India's comfortable seven-wicket win over Sri Lanka in the second T20I. 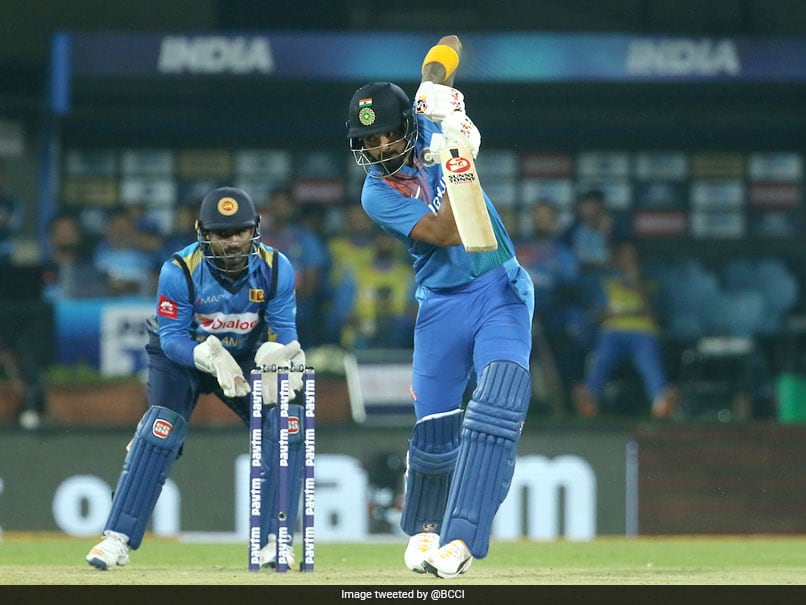 KL Rahul top scored with a knock of 45 off 32 deliveries against Sri Lanka in Indore.© Twitter

Former opener Gautam Gambhir is mighty impressed with the way KL Rahul batted during India's comfortable seven-wicket win over Sri Lanka in the second T20Iand said it amazes him why the right-handed batsman can't play the same way in Tests. On Tuesday, Rahul top-scored with a 32-ball 45 as India chased down the meagre target of 143 with utmost ease at the Holkar Stadium. "Rahul is in unbelievable form. It amazes me every time I see Rahul bat that why didn't he play the same way in Test cricket," Gambhir told the host broadcasters.

"It's not about only white-ball cricket; it is about Test cricket too. He just got into a shell too much. With the kind of quality he posses, he is someone who can get you a 50-ball 100 in Test cricket as well. The kind of shots he has is superb," he added.

Shikhar Dhawan, who is making a return to the team after an injury lay-off, also contributed with a "rusty" 30-ball 32. Both Dhawan and Rahul are virtually playing for the second opener's slot for the World T20, with Rohit Sharma set to be one.

And Gambhir feels going by the current form, Rahul should be opening the batting alongside Rohit in Australia.

The cricketer-turned-politician, however, exuded confidence that Dhawan will bounce back strongly in the next game.

"Shikhar Dhawan looked rusty but it's a good thing that he got some runs under his belt. It will help him when he walks out to bat in the next game. Had he got out early, the pressure would have been more," he said.

India will play Sri Lanka in the final T20I in Pune on Friday before taking on Australia in a three-match ODI series beginning January 14 in Mumbai.

KL Rahul India vs Sri Lanka, 2020 Cricket
Get the latest updates on Fifa Worldcup 2022 and check out  Fifa World Cup Schedule, Stats and Live Cricket Score. Like us on Facebook or follow us on Twitter for more sports updates. You can also download the NDTV Cricket app for Android or iOS.