India vs Sri Lanka: We Could Have Been A Bit Patient, Says Bhuvneshwar Kumar

Bhuvneshwar Kumar feels India were little over-excited because of which they leaked too many runs on the third day. 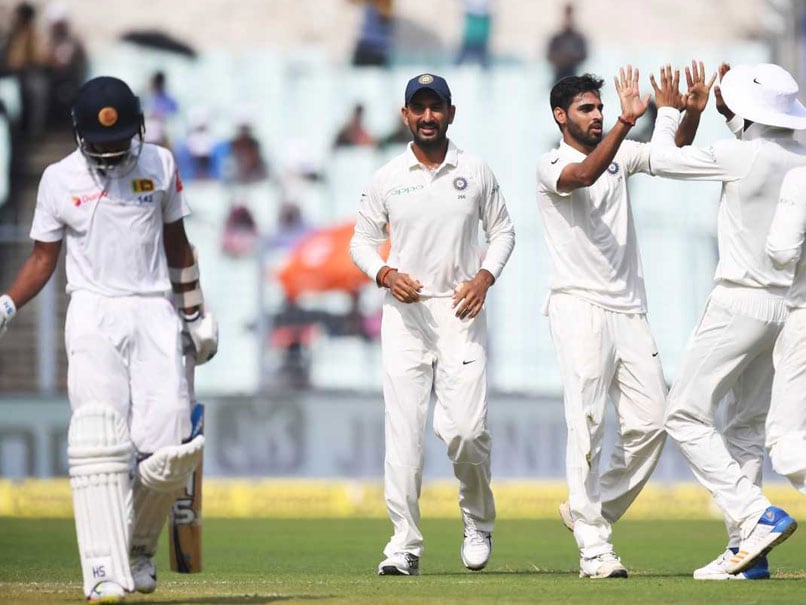 Pacer Bhuvneshwar Kumar feels India were little over-excited because of which they leaked too many runs on the third day of thefirst Test against Sri Lanka on Sunday. India conceded 122-run first innings lead with the likes of Umesh Yadav bowling too many loose deliveries. "We were all excited to bowl on that wicket, having seen the way Sri Lankan pacers performed. But the wicket changed totally. Yes, we could have stopped a few runs. The only thing we could have tried was that we could have a bit more patient," Bhuvneshwar admitted the mistake made by the bowlers on the third afternoon.

Conceding that they were "off target" he said: "We could have stopped the lead under 60-70 runs. The high humidity made us tired and we bowled a few bad balls. We could have improved on that."

Asked whether adjustment from white to red ball was a problem he said: "Umesh and Shami are coming from playing Ranji Trophy. I don't think we had any problem as it's just about adjusting your line and length. I got my rhythm and will look to continue coming matches."

Bhuvneshwar was the pick of India's bowler with 4/88 but it was Shami who recovered from a cramp yesterday to return with figures of 4/100. "Shami was a bit unlucky yesterday and had a cramp. He bowled brilliantly, it was amazing to see him bowl like that."

Having conceded 122-run lead, India rode on a 166-run opening stand by Shikhar Dhawan (94) and Lokesh Rahul (73 batting) to get past in the second essay and stretched their overall lead to 49 runs after bad light called off day four at 39.3 overs.

"I would not say we are completely satisfied but the way we started and wicket got better and now we are happier. It's evident from the way our batsmen are batting." Questioned if there is a chance of sporting declaration, Bhuvneshwar said:"It depends on how captainand coach plan tomorrow. I can't really say that thing now. It depends on how we play the first hour, then see how thing goes."

On Dhawan's stellar knock after a first innings eight, he said: "It's unlucky the way he got out. It was a tough wicket to bat. He batted well in second innings and put us in a good position." The India pacer further hailed Rangana Herath's 67 for making the difference in giving them a 100-plus lead. "He played really well. It was crucial knock. We should have restricted the lead to within 70 runs but he batted really well. He played all the shots he wanted, that's how you bat on this wicket."