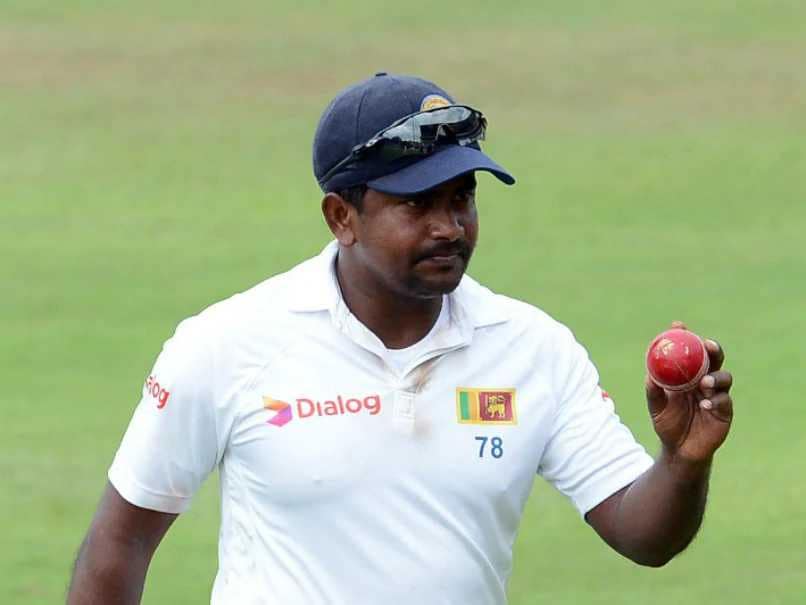 A spectacular career spanning the length of almost two decades, Rangana Herath was one of the most successful players in Sri Lankan cricket history. A slow left-armer, Herath was never a big turner of the ball and relied on flight and change in pace to outfox the batsmen. He's a very accurate bowler and looked to attack at most times. However, being part of an era where the legendary Muttiah Muralitharan reigned supreme, opportunities did not come his way easily initially in his career.

Herath started playing for Kurunegala Youth Cricket Club and Moors Sports Club at the age of 20. He was then picked in the home series against Australia in 1999 after a good showing in Sri Lanka A's tour to England. He debuted in the 2nd Test against Australia and combining with Muralitharan, they ripped through Australia's batting line-up. He played only two Tests till 2004, and during this period, played a number of games for Sri Lanka A. However, he made his Test comeback against Australia in Colombo and in 2004-05, returned decent bowling figures. Unfortunately, the selectors did not deem it good enough and he was thrown back into the wilderness until 2008.

Herath made another strong comeback with a fantastic 2009 season, taking 23 wickets. Once the legendary Muttiah Muralitharan decided to retire, Sri Lanka opted for Herath as their first-choice spinner. His heroics helped Sri Lanka record their first Test victory on South African soil and from there, he went from strength to strength. Herath went on to become the leading wicket-taker in Tests in 2012 with 60 scalps. The left-armer continued his fine form in the following years as well, picking up wickets in heaps, especially at home.

2014 was one of the most memorable years in Herath's decorated career. In the ICC World T20 Cup that year, Herath bowled one of the best spells in T20I history when Sri Lanka went head-to-head against New Zealand with a spot in the semi-finals up for grabs. He took 5 wickets in his spell, conceding just 3 runs and won the match single-handedly for his team. Sri Lanka went on to win the coveted trophy and Herath's spell was recognised as the 'Wisden Men's T20I spell of the decade' in 2019.

With age catching up, Rangana decided to retire from limited-overs cricket after the 2016 ICC World T20 in order to focus on the longest format of the game. Sri Lanka exited at the group stage and Herath announced his retirement from ODIs and T20Is on 17 April 2016. However, Herath continued to dominate in the longest format of the game which was his forte. In the same year, when Australia visited Sri Lanka, Herath wreaked havoc. In the 3-match Test series, he took 28 wickets destroying the Australian batting. During the 2nd Test match at Galle, Herath took a hat-trick by dismissing Adam Voges, Peter Nevill, and Mitchell Starc in the Australian first innings and proved to be too hot to handle.

Records continued to tumble in front of Herath as his career continued. In September 2016, Rangana Herath was appointed as the Test captain for the series against Zimbabwe. In November of the same year, Herath broke yet another record as he became just the 3rd player to take a 5-wicket haul against all the Test-playing nations. This feat was achieved by him when he took a 5-wicket haul against Zimbabwe in the second Test match of the series. For his performances in 2016, he was named in the World Test XI by the ICC.

With injuries becoming a recurring issue in the latter stages of Herath's career, he was rested time and again. However, whenever he did play, he was one of the biggest contributors to the Sri Lankan team. Herath knew that he was approaching the end of his career and hinted in July 2018, that the England tour of Sri Lanka will be his final international appearance. On 22nd October 2018, he announced that he would retire from Test cricket after the first Test against England at Galle, his favourite venue. Although Sri Lanka lost that match, Herath created history there as well. He became just the second Sri Lankan to take 100 wickets at a single venue when he dismissed Joe Root.

Herath is a true legend of the game and he broke numerous records in his time with Sri Lanka along with becoming the most successful left-arm spinner in Test cricket. With more than 500 international wickets to his name and being such an able successor to the legendary Muttiah Muralitharan, he will always be remembered fondly by cricketing fans all around the world.