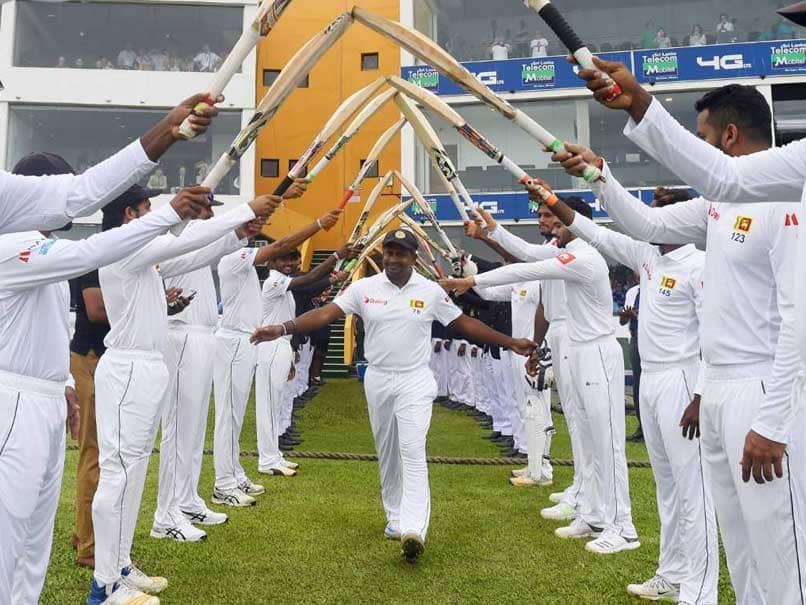 Rangana Herath, during his farewell Test against England, became only the third bowler to take 100 or more wickets at a single venue in the longest format of the game. In doing so, the veteran Sri Lanka spinner Rangana Herath joined the likes of spin legend Muttiah Muralitharan and England pacer James Anderson. Muttiah Muralitharan has bagged more than 100 wickets in three venues -- Sinhalese Sports Club Ground, Colombo, Asgiriya Stadium, Kandy and Galle International Stadium while James Anderson had achieved the feat at the Lord's Cricket Ground in London.

Herath scalped his 100th wicket at the Galle International Stadium in the form of England skipper Joe Root in the 17th over of the first Test. Root was bowled by Herath while attempting to step-out and eventually failing to read the length of the ball.

Joe Root was Herath's 431st wicket in the longest format of the game. Root had also steadied England when they stumbled to 10 for 2 after debutant opener Rory Burns was caught behind off Surange Lakmal for nine and Moeen Ali was bowled next ball.

Surrey left-hander Burns had been given the tough task of replacing stalwart Alastair Cook following his retirement in September.

After Root's dismissal, Perera skittled Keaton Jennings four short of his 50 before bowling Ben Stokes around his legs for seven as he attempted to sweep.

Off-spinner Dilruwan Perera was the pick of the bowlers for the Sri Lanka at stumps on Day 1, returning figures of four for 70 as England managed to score 321/8.

Rangana Herath Cricket
Get the latest updates on India vs Australia Series, check out the India vs Australia Schedule for 2020-21 and Ind vs Aus live score . Like us on Facebook or follow us on Twitter for more sports updates. You can also download the NDTV Cricket app for Android or iOS.