Sri Lanka on Monday completed a 2-0 Test sweep of South Africa to record their first series win over the Proteas since 2006 after Rangana Herath wreaked havoc with six wickets. 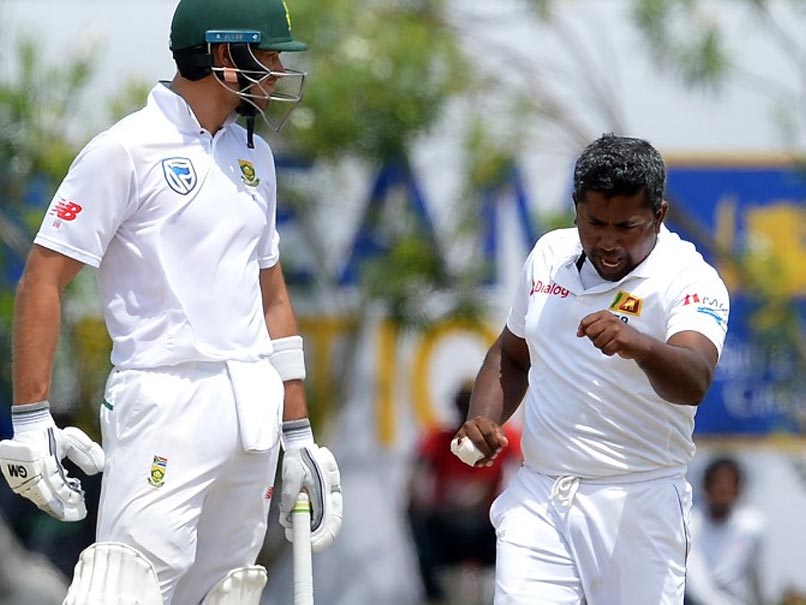 Sri Lanka on Monday completed a 2-0 Test sweep of South Africa to record their first series win over the Proteas since 2006 after Rangana Herath wreaked havoc with six wickets. The visitors were all out for 290 in the second session of day four in Colombo,200 runs short of their highly improbable winning target of 490. It was South Africa's first Test whitewash since they went down in the island nation 2-0 in a two-match series almost 12 years ago. Theunis de Bruyn and Temba Bavuma kept the spinners at bay for most of the first session after the visitors started the day on 139 for five.

De Bruyn was especially impressive, sweeping judiciously and defending doggedly on a tough surface, while Bavuma was also adept at picking gaps on the leg side and rotating the strike.

Bavuma made 63 but his resistance ended just after he was caught behind off left arm spinner Herath, who also had wicketkeeper-batsman Quinton de Kock lbw for eight on the stroke of lunch.

After lunch de Bruyn recorded his maiden century -- South Africa's only one of the series -- but was bowled by Herath for 101.

In their first innings, Sri Lanka scored 338 and South Africa could only respond with 124 as Akila Dananjaya took five wickets.

The hosts then scored 275 for five before declaring.

Sri Lanka had wrapped up the first test in Galle within three days, reducing South Africa to 73 in the second innings -- their lowest Test total since readmission to international cricket.

Rangana Herath Theunis de Bruyn Temba Bavuma Cricket
Get the latest updates on IPL Auction 2023 and check out  IPL 2023 and Live Cricket Score. Like us on Facebook or follow us on Twitter for more sports updates. You can also download the NDTV Cricket app for Android or iOS.