1st Test: Dinesh Chandimal Looks To Put England In A Spin At Galle

Sri Lanka went down 1-3 in the five one-day internationals and also lost a one-off Twenty20 match against England. 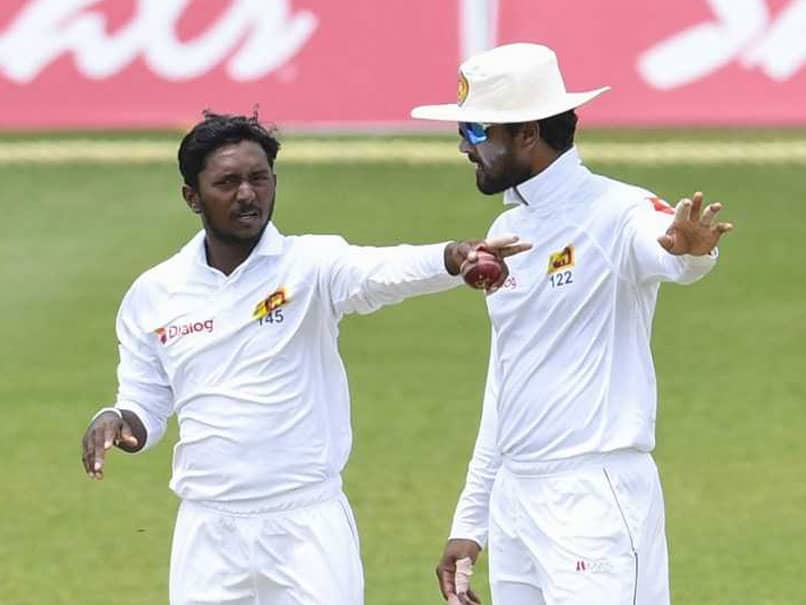 The first Test of the three-match series will be played in Galle.© AFP

Skipper Dinesh Chandimal on Monday said Sri Lanka's spinners are ready to fire in the first Test against England in Galle as the hosts eye a winning farewell for the retiring Rangana Herath. Sri Lanka, who went down to the tourists 3-1 in the five one-day internationals and also lost a one-off Twenty20 match, are looking for redemption in the three-Test series starting Tuesday. Spinners Dilruwan Perera and Akila Dananjaya are expected to partner Herath in his final international outing on a turning Galle track that has seen rain in the lead up to the match.

"When you look at the Galle pitch, it's always turning and helpful to spinners," Chandimal told reporters.

"When we play in Sri Lanka, it's spinners who take charge. Then again, it's all about weather and the condition of the pitch."

But England are also ready with their battery of spinners led by Moeen Ali. Jack Leach, Joe Denly and Adil Rashid will also be fighting for a place in the starting line-up.

Skipper Joe Root also admitted on Monday that spin would "play a huge part" but said the was ready for anything.

"We've just got to adapt very well, very quickly and read the situation.

"We've got a very balanced squad with plenty of different options... From that point of view I feel we'll be very well prepared for whatever surface is thrown at us."

The match will also be England's first Test since stalwart Alastair Cook hung up his bat in September following the home side's 4-1 drubbing of India.

"It will be my first Test match without playing with Alastair. It's a big loss in terms of experience and everything he brings to the squad and the team," said Root.

"Of course we miss him. But it's a great opportunity for someone else to make that spot their own, stand up and do something special for England."

Keaton Jennings is expected to open alongside Rory Burns, who is set for his Test debut as Cook's replacement.

But the spotlight in Galle remains on the departing Herath, the most successful left-arm spinner in history, as he seeks a fairytale swansong.

Herath made his debut at Galle in 1999, got a hat-trick there in 2016 and is one scalp away from a century of wickets at the picturesque venue.

Only two other bowlers have achieved this feat -- compatriot Muttiah Muralitharan at Galle, Kandy and SSC Colombo, and England paceman James Anderson at Lord's.

The 40-year-old Herath has taken 430 wickets in 92 Tests and is among the top 10 wicket-takers in five-day history.

"We have few things under the sleeve (for Herath). We don't want to reveal all because we want him to be surprised," said Chandimal.

"The main thing is, if we can win this game and the series, that will be a really good farewell for him. That's what the team is looking forward to," he said.

Root said his team also wants to do something for Herath as he hailed his "phenomenal longevity" in a career spanning 19 years.

But Root warned his players against getting affected by the occasion.

"I'm very aware of how skillful he is and how he'll try and get us out," said Root.

"Of course there'll be a lot of noise around him and it being his last game.

"But we've got to play 11 Sri Lankan players who could all equally affect the game and that respect has to be there for the whole team."

Rangana Herath Alastair Cook Galle International Stadium, Galle Sri Lanka vs England, 1st Test Cricket
Get the latest updates on India vs Australia Series, check out the India vs Australia Schedule for 2020-21 and Ind vs Aus live score . Like us on Facebook or follow us on Twitter for more sports updates. You can also download the NDTV Cricket app for Android or iOS.