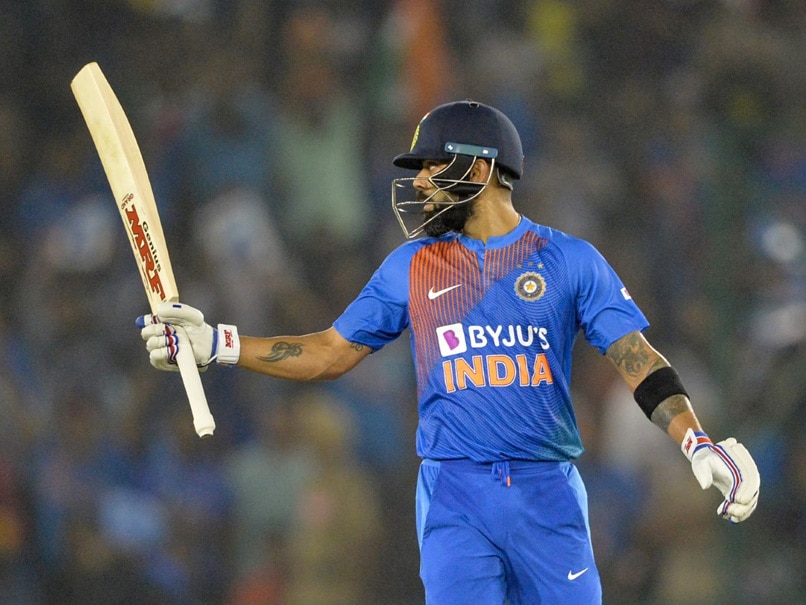 Virat Kohli played a captain's knock as he remained unbeaten on 72 off 52 balls during India's 7-wicket win over South Africa in the second Twenty20 International (T20I) in Mohali on Wednesday. With his splendid innings, studded with 4 fours and 3 sixes, Kohli surpassed Rohit Sharma to become the leading run-scorer in T20Is. Kohli now has 2,441 runs from 71 T20Is as compared to Rohit's 2,434 runs from 97 matches. Needing 150 to win, the visitors got off to a solid start despite losing Rohit Sharma a tad early in the chase. Kohli then added 61 runs with Shikhar Dhawan for the 2nd wicket to put India in a commanding position.

Dhawan, who made 40 off 31 deliveries, fell to a spectacular catch by an airborne David Miller at long-on with Tabraiz Shamsi getting the breakthrough.

But Virat Kohli, who went on to complete his 22nd T20I fifty in 71 games, stood firm to see the team home with Shreyas Iyer, on 16 as he hit the winning four, at the other end.

"When you play like that and win a game for your team, it is always a good feeling," Man of the Match Kohli said after the win.

"The pitch was very good and an outstanding effort from the bowlers to pull things back. Lot of positive signs for us and we are going in the right direction. The badge in front of my shirt - India - it is a pride to play for my country. If you want to win a geam for your team, you will find a way. The will should be to win the game for your country," he added.

India now lead the three-match series 1-0 after the opening game was washed out.

The final match will be played in Bengaluru on Sunday.