Shikhar Dhawan and Rohit Sharma teamed up against Ravindra Jadeja and asked him if he he has ever given any gift to his daughter after he failed to name a single toy. 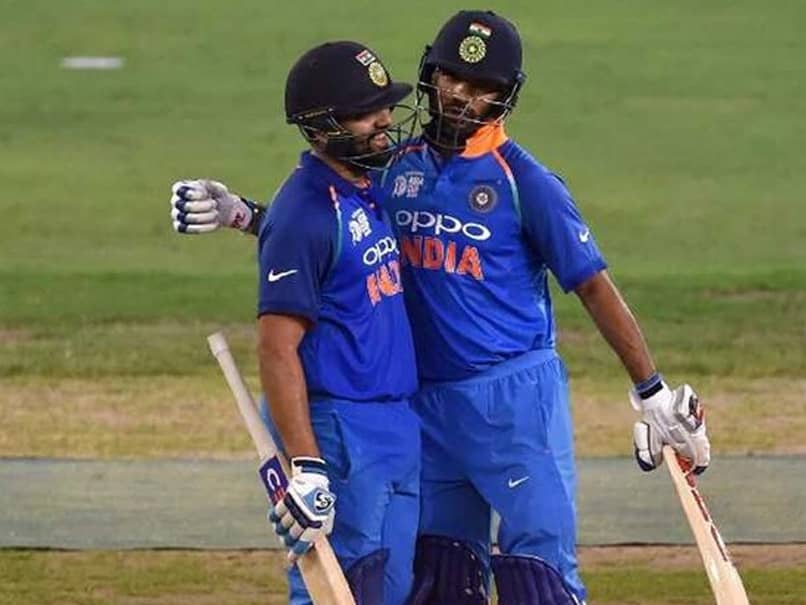 Shikhar Dhawan played a valuable knock of 40 runs as India beat South Africa by seven wickets in Mohali. On Thursday, the Indian players boarded a flight to Bengaluru -- the venue for the third and final Twenty20 International (T20I). Onboard the flight Dhawan posted a video on Instagram wherein he asked his partner Rohit Sharma, who was arranging toys, what he has bought for his daughter. "Meet the loving and caring fathers from our team @rohitsharma45 & @royalnavghan," Dhawan captioned his video. Replying to Dhawan's question, Rohit said he picked whatever he liked. "They are coming to Bengaluru, so I thought I will give it to her, she will like it," Rohit said referring to his daughter Samaira. He also added that his daughter "loves toys".

Meet the loving and caring fathers from our team @rohitsharma45 & @royalnavghan

After that, Rohit asked Dhawan to pan his camera to another father, Ravindra Jadeja who was sitting behind their seat.

Thereafter, Dhawan and Rohit teamed up against Jadeja and asked him if he he has ever given any gift to his daughter after he failed to name a single toy.

Rohit's wife Ritika Sajdeh was completely moved by Dhawan's video and she reacted to the video.

While Dhawan performed with the bat in Mohali, Rohit failed to capitalise on the explosive start and fell on 12 runs.

All-rounder Ravindra Jadeja picked up one wicket in his four overs and was India's second-most expensive bowler on the day after Navdeep Saini.

The Indian team, however, put up a clinical performance with both bat and ball and took an unassailable 1-0 lead in the three match series, after the first match was washed out in Dharamshala.

The trio of "loving and caring fathers" will next take field on Sunday for the third T20I and look to seal the series against South Africa with another complete performance.

South Africa Cricket Team India vs South Africa, 2019 Cricket
Get the latest updates on IPL 2021, IPL Points Table , IPL Schedule 2021 , live score . Like us on Facebook or follow us on Twitter for more sports updates. You can also download the NDTV Cricket app for Android or iOS.