Mohammed Shami picked up five wickets in the second innings to help India go 1-0 up in the three-match Test series against South Africa. 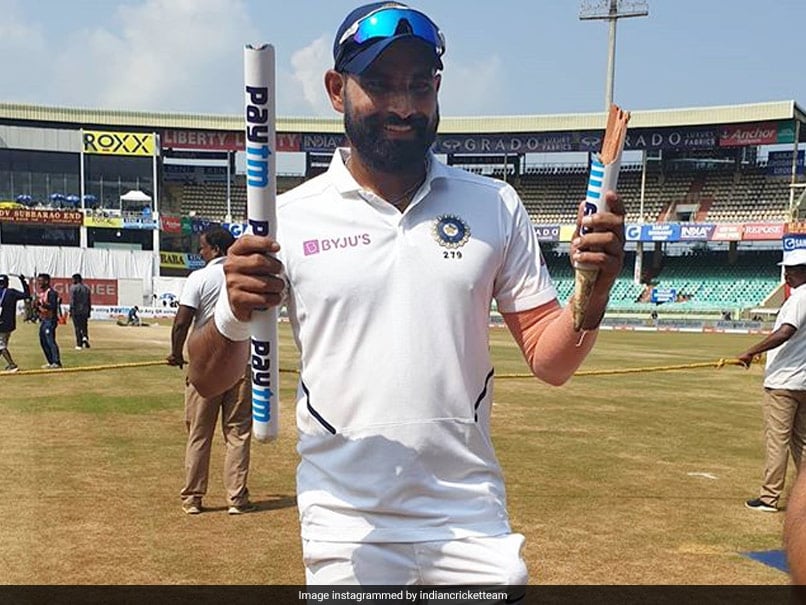 Rohit Sharma, who scored hundreds in both innings in Vizag, revealed the secret behind Mohammed Shami's success. Mohammed Shami picked up his fifth five-wicket haul in Test cricket to help India beat South Africa in the first match of the three-Test series. Shami went wicket-less in the first innings but came back strongly on Sunday. Rohit Sharma, while addressing the media after the first Test said, "we all know what Shami can do when he is fresh and a bit of biryani." Rohit's comment on the fast-bowler left everyone in splits.

Expect the Hitman to come up with such gems. This one is for Shami #TeamIndia #INDvSA @paytm

In the post-lunch session, South Africa's lower order provided some resistance led by Dane Piedt, who played a gritty knock of 56 off 107 balls. However, it was Shami, who again provided the crucial breakthrough.

Piedt along with debutant Senuran Muthusamy delayed India's win with a stand of 91 runs for the ninth wicket. Mohammed Shami, bowling his first spell after the Lunch break, was on the mark with his first ball as he found the inside edge of Dane Piedt's bat and the ball went straight onto the stumps.

One of the stumps was broken in half and the Indian Cricket Team's official Instagram account posted an image of Shami posing with the broken stump after India's win in Vizag.

India bundled out the visitors for 191 runs to extend their lead at the top in World Test Championship.

South Africa Cricket Team Cricket India vs South Africa, 2019
Get the latest updates on Fifa Worldcup 2022 and check out  Fifa World Cup Schedule, Stats and Live Cricket Score. Like us on Facebook or follow us on Twitter for more sports updates. You can also download the NDTV Cricket app for Android or iOS.