Mohammed Shami was ordered to appear before a Kolkata court in 15 days or face arrest, after being charged by West Bengal police in March. 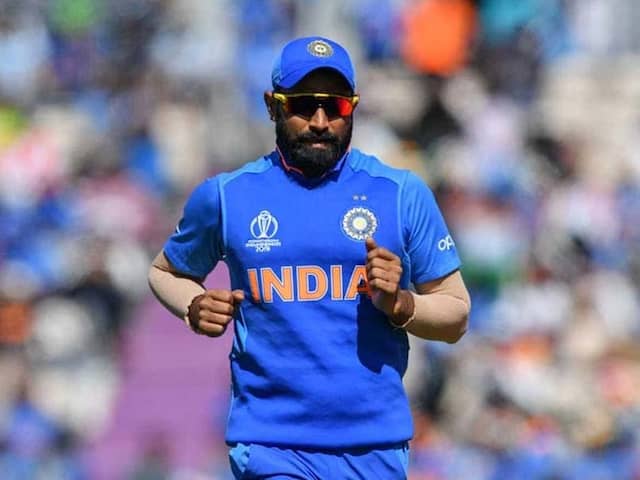 Mohammed Shami has dismissed all the accusations as a campaign to defame him.© AFP

An Indian court on Monday ordered an interim stay on an arrest warrant against fast bowler Mohammed Shami after his estranged wife accused him of various crimes including assault and sexual harassment. The cricketer was last week ordered to appear before a Kolkata court in 15 days or face arrest, after being charged by West Bengal police in March. Shami's lawyer Salim Rahaman told AFP the order was stayed on Monday by district judge Rai Chattopadhyay in Alipore Court for nearly two months.

"It was a warrant more procedural in nature," Rahaman said.

"The case was listed for further hearing on November 2."

Shami has been locked in a protracted legal battle with his wife Hasin Jahan, a former model, since March 2018. She has publicly accused Shami of having numerous affairs and harassment.

The charges carry a maximum punishment of three years in jail.

Shami has dismissed all the accusations as a campaign to defame him.

Mohammed Shami Cricket
Get the latest updates on IPL 2020, check out the IPL Schedule for 2020 and Indian Premier League (IPL) Cricket live score . Like us on Facebook or follow us on Twitter for more sports updates. You can also download the NDTV Cricket app for Android or iOS.