India vs South Africa: Rohit Sharma has the chance to add to his tally of most sixes in a Test series as he remained unbeaten 117 at stumps on Day 1 of the Ranchi Test. 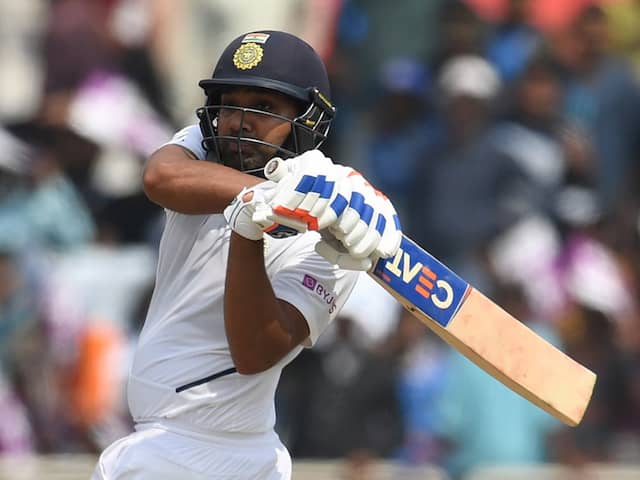 Rohit Sharma continued his fine run in the ongoing India vs South Africa Test series to score his sixth century on Saturday and also broke the record for most sixes in a Test series. Rohit Sharma took South Africa bowlers to the cleaners to hit four sixes so far in the first innings, which helped him break West Indies batsman Shimron Hetmyer's record of most sixes in a Test series. Shimron Hetmyer had hit 15 sixes in the series against Bangladesh in 2018-19. Rohit Sharma has taken his tally to 17 and still counting as he remained unbeaten on 117 runs at stumps on Day 1 of the Ranchi Test.

Among Indian batsmen, Harbhajan Singh previously held the record for most sixes with 14 maximums, which he achieved during the Test series against New Zealand in 2010-11.

The century in Ranchi marked Rohit Sharma's third ton in the ongoing India vs South Africa Test series after he was backed to open for the team. He has a high score of 176 runs in the series and looks well on course to bag the Man of the Series award.

The Mumbai batsman has featured in 30 Tests for India, scoring 2,019 at an average of 46.95 so far after the first day's play in Ranchi. He has a high score of 177 runs in the longest format of the game.