India vs South Africa: Rohit Sharma broke multiple records as he smashed the South Africa bowling attacks to all parts in Vizag. 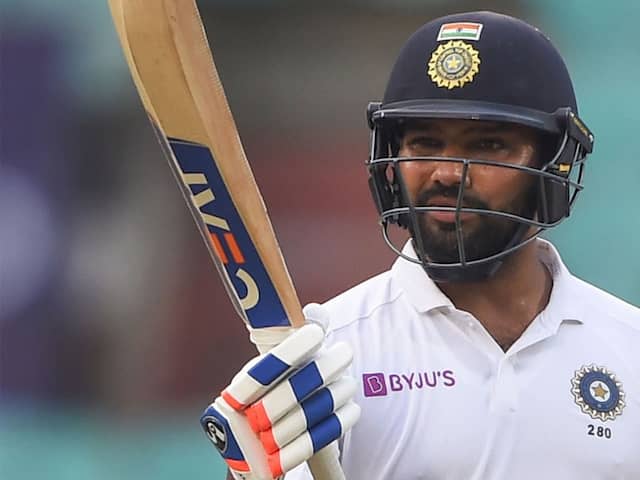 Rohit Sharma is now averaging in excess of 100 in Test matches at home.© PTI

Rohit Sharma produced a batting masterclass in Vizag as he became the first batsman to register 100 plus scores in his first Test as an opening batsman on Day 4. Rohit Sharma broke multiple records as he smashed the South Africa bowling attack to all parts of the ground on Saturday. Rohit, after scoring 176 runs in the first innings, went onto play a knock of 127 off 149 deliveries in the second innings. Rohit Sharma's innings helped India's lead to go past 300.

Average went past 100: Rohit Sharma, with his second hundred in Vizag, took his average past 100 in home Tests. Rohit had equalled Don Bradman's average of 98.22 at home in the longest format when he hit his fourth Test hundred on Wednesday. Rohit Sharma now has four centuries and six half-centuries in Tests in India.

Rohit Sharma Cricket India vs South Africa, 1st Test
Get the latest Cricket news, check out the India cricket schedule, Cricket live score . Like us on Facebook or follow us on Twitter for more sports updates. You can also download the NDTV Cricket app for Android or iOS.