Lungi Ngidi is not new to the "Lungi Dance" song, having come across it when playing for Chennai Super Kings. 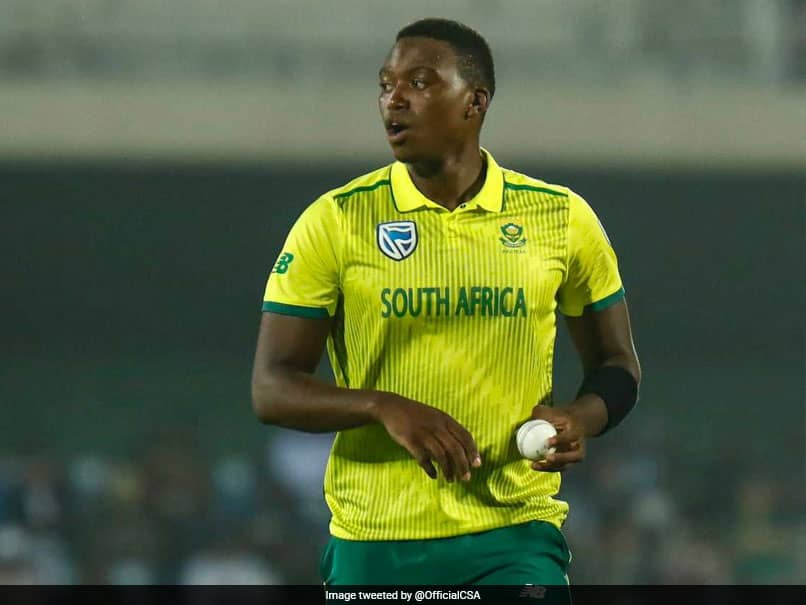 "A super answer from a super king," Netflix tweeted back to Lungi Ngidi

After Netflix asked a query "for a friend" about the hit song "Lungi Dance" from the movie "Chennai Express", the streaming service got a surprise response from South Africa fast bowler Lungi Ngidi. "How many times do you hear 'Lungi Dance' in the chorus of Lungi Dance? Asking for a friend." Netflix had tweeted. Ngidi, who plies his trade for the Chennai Super Kings in the Indian Premier League, responded, saying "14". "A super answer from a super king," Netflix tweeted in response.

Ngidi's response drew a lot of laughs on Twitter. One user wrote "the expert answered! Can't contest that!!!!!!" Another user tweeted "Legend spotted".

"This man knows his songs," tweeted another user.

One user corrected Ngidi, saying "Also very sorry to say but it's 16".

This is not Ngidi's first tryst with the popular number. Fans had immediately associated him with the song when he signed up for CSK in 2018. "Just listened to the #LungiDance song loving it already," he had tweeted soon after.

South Africa will take on India in three Test matches in October after the three-match T20 series is concluded. The Test series, which starts on October 2, will see matches hosted in Vishakhapatnam, Pune and Ranchi.

Lungi Ngidi India vs South Africa, 2019 Cricket
Get the latest updates on IPL 2020, check out the IPL Schedule for 2020 and Indian Premier League (IPL) Cricket live score . Like us on Facebook or follow us on Twitter for more sports updates. You can also download the NDTV Cricket app for Android or iOS.