India are sitting pretty with an unassailable 2-0 lead in the three-Test series against South Africa and would be eager to snare the third Test, beginning in Ranchi on Saturday. 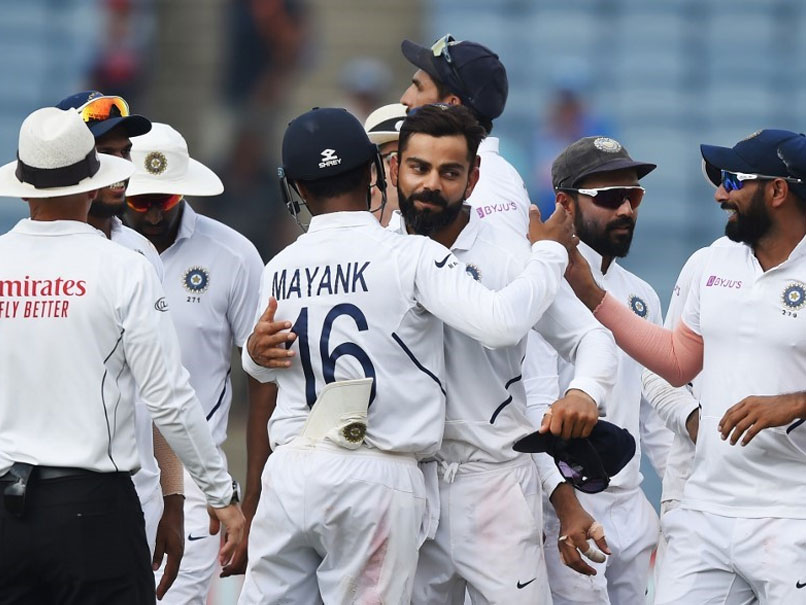 India vs South Africa: India will be looking to extend their lead in World Test Championship.© AFP

India vs South Africa third Test will begin on Saturday with the JSCA International Stadium Complex in Ranchi playing host to the final encounter. India took an unbeatable 2-0 lead in the three-match series after thrashing the visitors by an innings and 137 runs in the second Test in Pune and many may see the final Test as a dead rubber. But the World Test Championship has ensured that is not the case. With 40 points at stake, both teams will be looking for a win. India lead the World Test Championship table with 200 points, 140 points ahead of second-placed New Zealand. South Africa are winless after two games and therefore yet to register a point.

India had won the first Test by 203 runs and followed it up with a win by an even bigger margin in Pune.

South Africa have been left battered and bruised by an Indian team that is firing on all cylinders, in all departments.

While Ravichandran Ashwin (14 wickets) and Ravindra Jadeja (10) are the two highest wicket-takers in the Test series, the performance of Indian pacers has been the biggest plus point.

On pitches that have assisted spin, the likes of Mohammed Shami, Umesh Yadav and Ishant Sharma have shown that they are not to be taken lightly.

Shami has been the leader of the pack, taking eight wickets while Umesh has six scalps to his name. Ishant Sharma has taken just two wickets but has been a tad bit unlucky, beating the bat of the South Africans regularly but having nothing to show for it.

Another massive plus point has been the form of Mayank Agarwal at the top of the batting order while Rohit's re-emergence as a Test batsman has been a fairytale as well.

Mayank Agarwal leads the scoring charts with 330 runs at an average of 110, followed by Rohit Sharma on 317 runs. Skipper Virat Kohli, who hit a double century in the Pune Test, has scored 305 runs in three innings.

Cheteshwar Pujara is yet to hit his stride despite managing two half-centuries in three innings. The right-hander will be looking to cash in against an under-firing South African bowling attack and notch his first three-figure score in the series.

For South Africa, this Test series has been nothing short of disaster. Dean Elgar, who scored a century in the first Test, has arguably been the only saving grace for the visiting South Africans.

Captain Faf du Plessis' captaincy has been questioned while his return of 137 runs from four innings, has been disappointing as well.

The form and performance of Kagiso Rabada will be another major concern for South Africa. The right-arm pacer has taken just four wickets in the series and has looked far from his menacing best.

Keshav Maharaj's contribution with the bat in Pune was hailed by many but with the ball in hand, the 29-year-old has just six scalps to his name, a disappointing return for a spinner in helpful conditions.

Kagiso Rabada Dean Elgar India vs South Africa, 2019 India vs South Africa, 3rd Test Cricket
Get the latest updates on ICC Women's Cricket World Cup 2022 and IPL 2022, check out the Schedule , Live Score and IPL Points Table. Like us on Facebook or follow us on Twitter for more sports updates. You can also download the NDTV Cricket app for Android or iOS.