India will look to produce another clinical performance as they take on South Africa in the second Test, starting on Thursday at Pune. 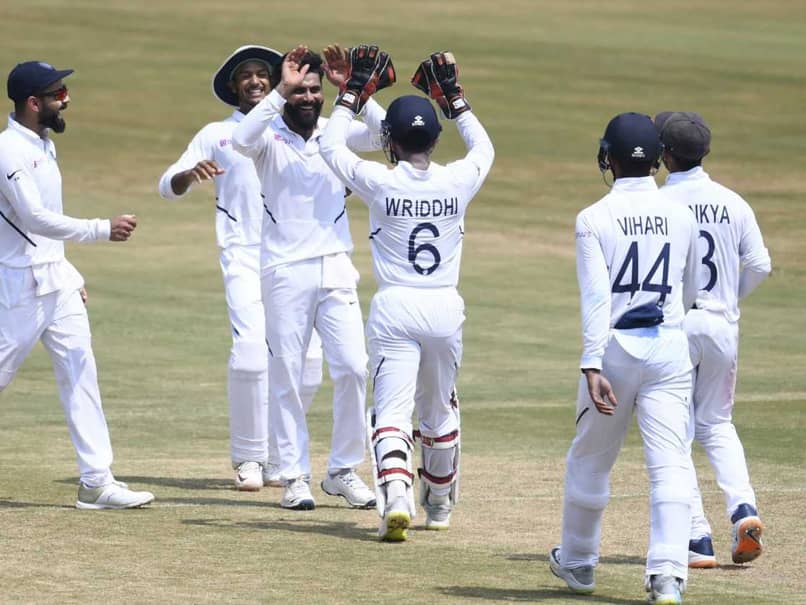 India defeated South Africa by 203 runs in the first Test in Vizag.© AFP

India, after a dominating performance in the first Test, will look to clinch the series in the second match in Pune, starting Thursday. Rohit Sharma and Ravichandran Ashwin's performances helped India beat South Africa by 203 runs in the series opener in Vizag. Rohit slammed twin centuries in the game while Ashwin finished with figures of 8/189 in the match. For his heroics with the bat, Rohit Sharma was adjudged player of the match. The 32-year-old broke multiple records during his batting masterclass in Vizag and Virat Kohli will be hoping of a similar performance at the top from the right hander in the second Test.

India were clinical in all departments in the first Test and ahead of the next encounter, India captain, Virat Kohli said that there will be no changes in the playing XI unless the conditions force the management to alter with the winning combination.

Ravichandran Ashwin and Ravindra Jadeja bowled well in tandem and speaking about the duo, Kohli said that they offer more with the bat and that is why they will be the first choice in India.

It was at this very ground (Maharashtra Cricket Association Stadium) that the Indian Test team endured its last batting collapse at home, against Australia in 2017 on a rank turner where Nathan Lyon and Steve O'Keefe outclassed the Indian spinners.

For South Africa, their decision to play three spin bowling options backfired as Rohit Sharma smashed the spinners all over the park in Vizag. South Africa might look to strengthen their bowling attack by including Lungi Ngidi in the playing XI in place of a spinner.