"CSA Should Take Responsibility": Ex-Player Slams Cricket Board For Dismal Performance Against India

India vs South Africa: South Africa stand on verge of a 0-3 whitewash to India at stumps on Day 3 of the third Test in Ranchi. 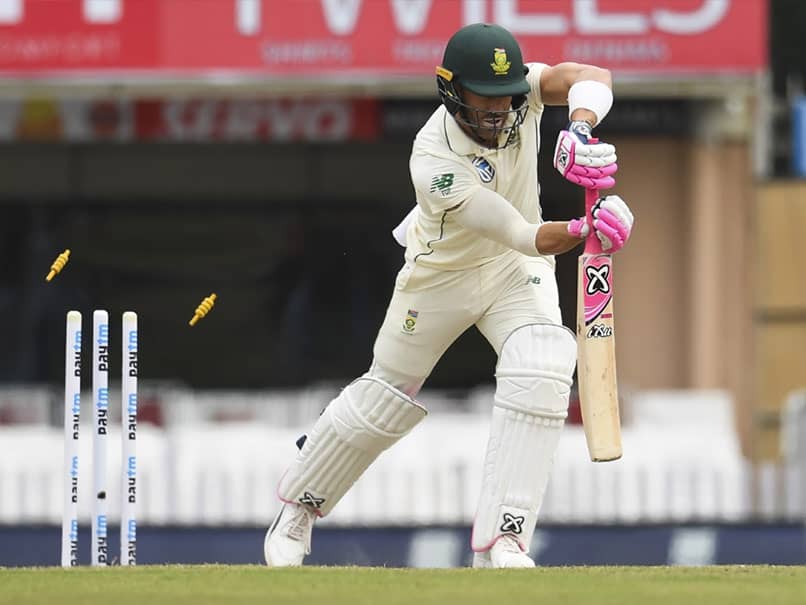 India vs South Africa Test series has witnessed several lop-sided performances from the visitors. South Africa have failed to touch 300-mark in all but one innings, with their batsmen not raising their game when required. Unlike South Africa, India piled up runs in excess of 300 in each innings they came out to bat, with three of their batsmen even scoring double centuries. In the ongoing third Test, the visitors are in deep trouble as they lost eight wickets for 132 at stumps on day three, trailing by 203 runs. On Monday, South Africa lost a total of 16 wickets -- eight in each innings. Disappointed with team's dismal performance, former South Africa cricketer Jacques Rudolph on Monday came down heavily on the Cricket South Africa and slammed them for team's poor performance -- first in the World Cup 2019 and then on India tour -- and asked them to take responsibility.

"I genuinely feel gutted for the Proteas players at the moment. However, in time, a fish rots from the head down. CSA (Cricket South Africa) should take full responsibility for where we are as a cricketing nation now, as seen at the CWC (Cricket World Cup) and in India currently," Rudolph tweeted.

I genuinely feel gutted for the Proteas players atm, however, in time, a fish rots from the head down. CSA should take full responsibility for where we are as a cricketing nation now, as seen at the CWC and in India currently.

Out of 16 wickets which fell on the day, South Africa lost half of them to Indian fast bowlers. Mohammed Shami and Umesh Yadav wreaked havoc on the visitors as they accounted for half of the dismissals.

It is not even the spinners. Come on boys!!

Petersen used Twitter to vent out his frustration. "It is not even the spinners. Come on boys!!," Petersen tweeted.

As far as the match is concerned, India are only two wickets away from completing a 3-0 whitewash over South Africa.

Theunis de Bruyn (30 not out), who was brought in as a concussion substitute for Dean Elgar and Anrich Nortje (5 not out) were at the crease when umpires called it a day.

JSCA International Stadium Complex, Ranchi India vs South Africa, 2019 Cricket India vs South Africa, 3rd Test
Get the latest updates on IPL 2021, IPL Points Table , IPL Schedule 2021 , live score . Like us on Facebook or follow us on Twitter for more sports updates. You can also download the NDTV Cricket app for Android or iOS.