India vs South Africa: Mayank Agarwal scored his maiden Test century off 204 balls as India continued to dominate South Africa on the second day of the first Test. 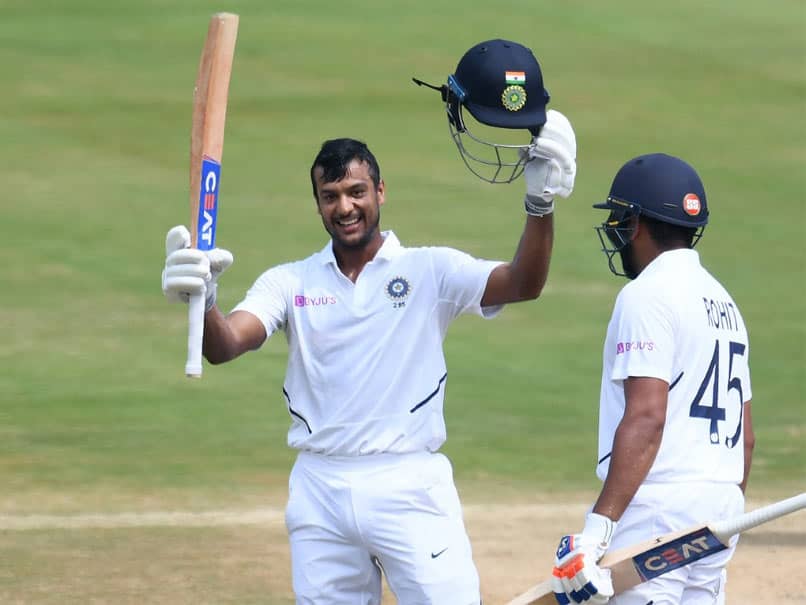 Mayank Agarwal scored his maiden Test century off 204 balls as India continued to dominate South Africa on the second day of the first Test in Vizag on Thursday. He smashed 13 boundaries and two sixes to lift the Vizag crowd off their feet. Playing only his fifth Test match, Mayank Agarwal bettered his previous best knock of 77 that he scored against Australia in Sydney. The 28-year-old Karnataka batsman gave India a dreamlike start in the first Test of India's home season along with Rohit Sharma.

Agarwal had scored 76 and 42 in successive innings of the other Test he played in Australia. However, in the recent two-Test series, Agarwal managed scores of 5, 16, 55 and 4 in four innings.

With a hundred in Vizag, Agarwal became the 86th player to score a century in the longest format for India.

This is the tenth time both Indian openers have scored hundreds in the same innings.

Later, Rohit and Agarwal broke an 11-year-old record as they went past former India batsmen Virender Sehwag and Rahul Dravid's partnership of 268 runs against South Africa.

Even though Rohit has a Test best knock of 177 runs, his start as an opener promises a bigger score this time. He was unbeaten on 136 runs, including 16 boundaries and five sixes, when Agarwal reached the triple figures.

With his first Test century as an opener and fourth overall, Rohit achieved an average of 98.22 in Tests in India. In 15 innings, Rohit has scored 884 runs, including four hundreds and five fifties.

Interestingly, Rohit's average is the joint-best among all batsmen with 10-plus innings, sharing the top spot with none other than the legendary Don Bradman, who also averaged 98.22 at home in 50 innings.