Former India batter VVS Laxman was all praise for New Zealand youngster Rachin Ravindra after the all-rounder helped his side draw the first Test against India at the Green Park Stadium in Kanpur. 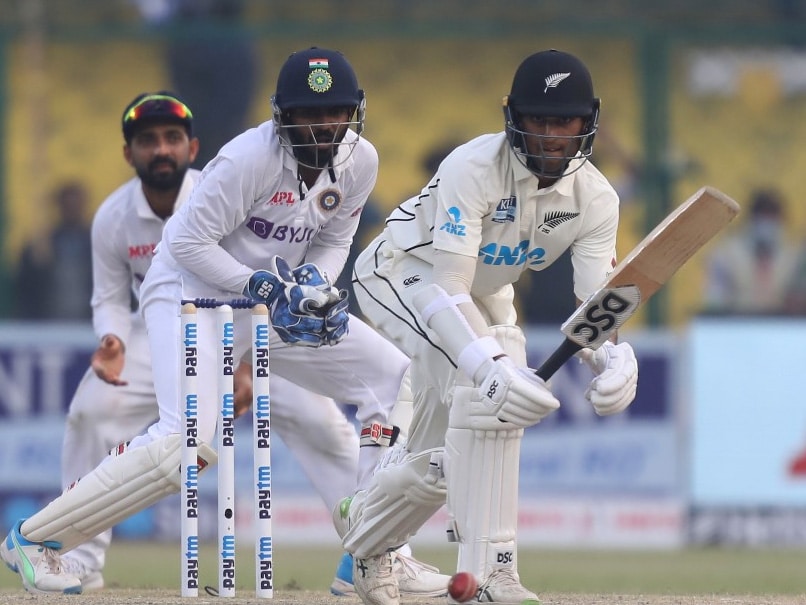 Former India batter VVS Laxman was all praise for New Zealand youngster Rachin Ravindra after the all-rounder helped his side draw the first Test against India at the Green Park Stadium in Kanpur. Ravindra put on a gritty show after the Indian spinners had put the hosts In the driving seat. ResUming play at 79/1 after Lunch, the Kiwis lost eight more wickets as Ravindra Jadeja and Ravichandran Ashwin drove past the Kiwis' top and middle-order in the last two sessions. Needing just one wicket to take a 1-0 lead in the series, the Indian bowlers could not breach the defenses of Ravindra and last man Ajaz Patel as the game ended in draw.

Ravindra faced a total of 91 balls, while Patel supported him by blocking almost everything in his path.

Talking during the post-match show on Star Sports, Laxman said that Ravindra has got "bright future" ahead, adding that if it wasn't for the youngster, New Zealand would've lost the match easily.

"Credit to the young man, Rachin Ravindra, who was playing his first Test match, preferred ahead of Neil Wagner, in this New Zealand side. I'm sure he'll have a very bright future," said Laxman.

"It's only because of Rachin Ravindra's temperament and composure that New Zealand have managed to draw this game," added Laxman.

Laxman also lauded the visitors for always punching above their weight when it matters the most.

"Credit to New Zealand. They are the World Test Champions and showed exactly that. One thing I've always admired about as far as the New Zealand cricket is concerned, is that they always come out and put on a brave, courageous display," he added.

The second and final Test will be played at the Wankhede Stadium in Mumbai from December 7.

New Zealand Cricket Team VVS Laxman Rachin Ravindra India vs New Zealand 2021 Cricket
Get the latest updates on ICC Women's Cricket World Cup 2022 and IPL 2022, check out the Schedule , Live Score and IPL Points Table. Like us on Facebook or follow us on Twitter for more sports updates. You can also download the NDTV Cricket app for Android or iOS.