India vs England: Joe Root, England captain, said the squad provided to him for the second Test was "more than capable" of winning a Test in India. 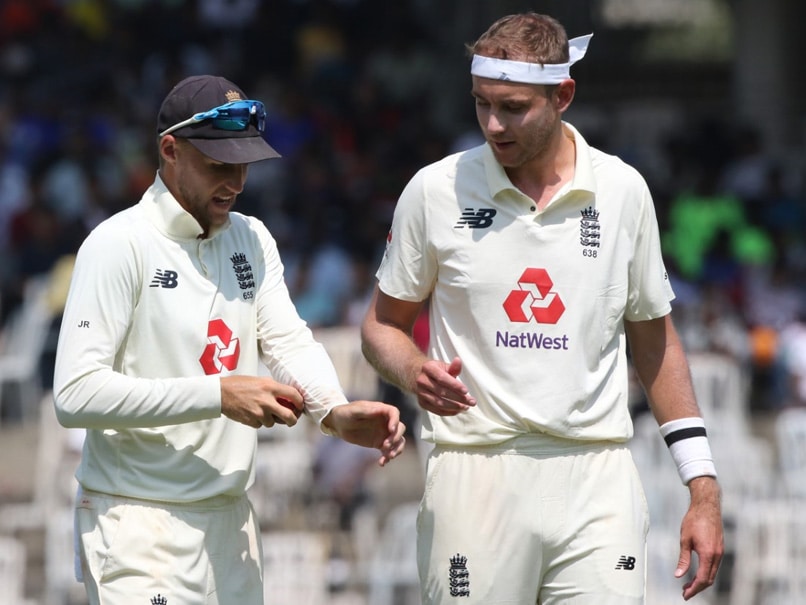 England captain Joe Root on Tuesday refused to blame their rotation policy and team selection for the crushing 317-run defeat to India in the second Test in Chennai, saying he has a very capable group of players at his disposal. Indian spinners Axar Patel and Ravichandran Ashwin ran through the England second innings to pave the way for the team's series-levelling win. "My job is to manage the squad of players that we have here, and trying to do that to the best of my ability. I think we've got some wonderful players and a squad of players that is more than capable of winning here," Root said at the post-match press conference.

"As soon our squad is passed over, it's my responsibility to try and get the best out and try to win as many games as we can."

England's rotation policy, which saw them rest influential players such as James Anderson and Jos Buttler, has been slammed by many former stars of the game.

Root said it is the best they could have asked for under the current circumstances, brought about by the COVID-19 pandemic.

"It is difficult and challenging but so is everything at the moment. In this time with COVID, with the amount of cricket that we've got and trying to manage all together is tough," Root said.

"But it is where we're at. And that's where we find ourselves and we just have to make sure that we get the best out of the players.

"And as I mentioned, we've got a very talented group of players. We've got a number of different options. So, it doesn't change my focus, we want to win these next two games."

England will now need to win both of their next two matches to confirm their place in the inaugural ICC World Test Championship final.

"We'll look at a squad that is available to us and make sure that we're very happy with the XI that's selected to make the most of this pink ball under the lights," Root said.

"And, hopefully, that will be the right team to take advantage of those conditions," he added.

While senior spin bowling all-rounder Moeen Ali is returning home despite snaring eights wickets in the second Test, Root said pacer Jofra Archer was back to training and is available for the coming matches.

"Yeah, Moeen Ali has chosen to go home. It has obviously been a very tricky tour for him. If players feel that they need to get out of the bubble, that has been an option. That decision has been made. Hopefully, he feels better," Root said.

Moeen had contracted the virus just after arriving in Sri Lanka for a two-match Test series before the team's tour of India.

"He really had a difficult one for him having to deal with COVID. Been in his room for such long periods of time. That just got to a point where he wants to get out of the bubble. And that's absolutely fair enough," Root said.

"It wasn't an easy decision for him, but one that I absolutely respect and understand," the England skipper added.

On Archer, Root said: "Yes there's a possibility. He is back in training the last couple of days, and available for selection."

Moeen Ali India vs England 2020-21 India vs England, 2nd Test Cricket
Get the latest updates on India vs South Africa and check out  Schedule, Results and Live Score. Like us on Facebook or follow us on Twitter for more sports updates. You can also download the NDTV Cricket app for Android or iOS.