India vs England Test Highlights: Rishabh Pant slammed a century, and Washington Sundar scored an unbeaten half-century as India took a healthy lead on Day 2 of the fourth Test match in Ahmedabad. 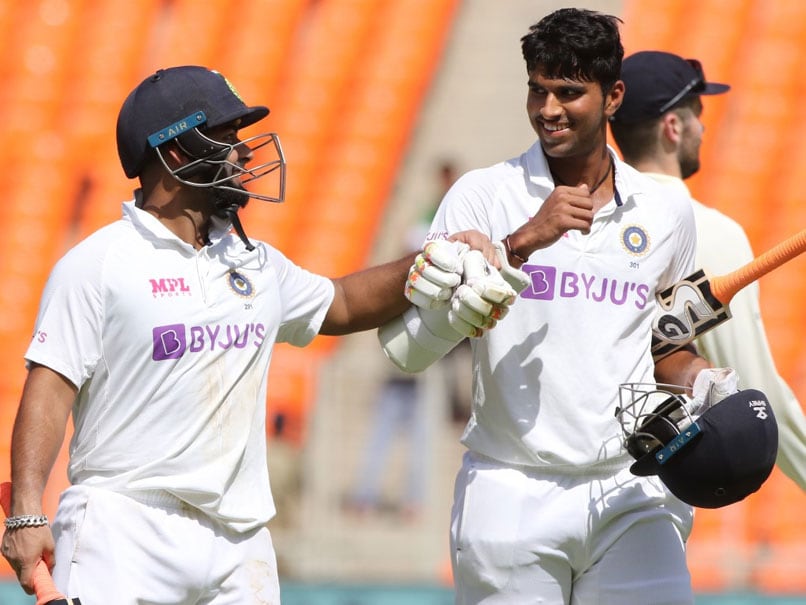 IND vs ENG Highlights: Washington Sundar and Rishabh Pant during Day 2 of the 4th Test.© BCCI

India ended Day 2 with a lead of 89 runs against England in the ongoing fourth Test in Ahmedabad on Friday. India were 294 for seven at Stumps thanks to Rishabh Pant's fine century and Washington Sundar's unbeaten half-century. While Pant fell soon after scoring his third Test hundred and his maiden on home soil, Sundar was rock solid and the duo put on 113-run stand for the seventh wicket to bail India out of trouble. The hosts had a poor star to the day as they lost Cheteshwar Pujara and Ajinkya Rahane cheapy. Ben Stokes removed Virat Kohli for a duck to push India on the backfoot. Pant and Rohit Sharma steadied the innings before Sundar joined the wicketkeeper-batsman in the middle and turned the momentum in India's favour. India will look to extend their advantage on the match on Day 3. (LIVE SCORECARD)