India vs England: England were terrible with the bat in the 3rd Test against India and the hosts too were not very impressive in their first inning. 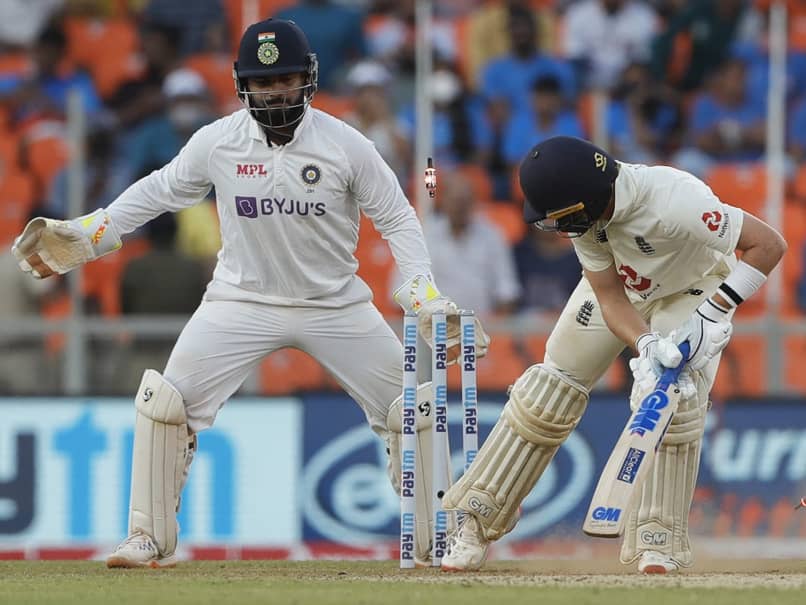 Ollie Pope was cleaned up by Ravichandran Ashwin in both innings in Ahmedabad.© BCCI

Kevin Pietersen, former England captain, took to Twitter on Friday and asked English batsmen to be "honest with themselves" and acknowledge that their batting was "dreadful" in the third Test which ended in Ahmedabad on Thursday. England registered scores of 112 and 81 in a Test match that ended inside two days as India secured a 10-wicket win to take 2-1 lead in the four-match series. Pietersen also mentioned that he wants England batsmen to own up their mistakes like India skipper Virat Kohli and Rohit Sharma after the end of the third Test.

"I hope there are some England batters waking up this morning and being honest with themselves at least, by acknowledging their batting was dreadful on that wicket?! I've heard Virat & Rohit say theirs was," Pietersen tweeted.

I hope there are some England batters waking up this morning and being honest with themselves at least, by acknowledging their batting was dreadful on that wicket?!

After the end of the match, Kohli and Rohit both admitted that the wicket in Ahmedabad was a good track to bat on while admitting that their lack of application saw them struggle on Thursday as India were bowled out for 145 in their first innings.

As many as 17 wickets fell on Day 2 of the third Test as spinners dominated the proceedings at the world's largest cricket stadium.

Joe Root, who returned with figures of five for eight in the first innings, said that him getting a five-wicket haul says a lot about the surface.

Both teams will meet at the same venue for the fourth and final Test of the series, starting March 4.

Rohit Sharma India vs England, 3rd Test
Get the latest updates on IPL 2021, IPL Points Table , IPL Schedule 2021 , live score . Like us on Facebook or follow us on Twitter for more sports updates. You can also download the NDTV Cricket app for Android or iOS.