England vs India: England went for a bizarre caught-behind DRS against Ravichandran Ashwin when the ball was far from the bat and Shane Warne saw the funny side of it. 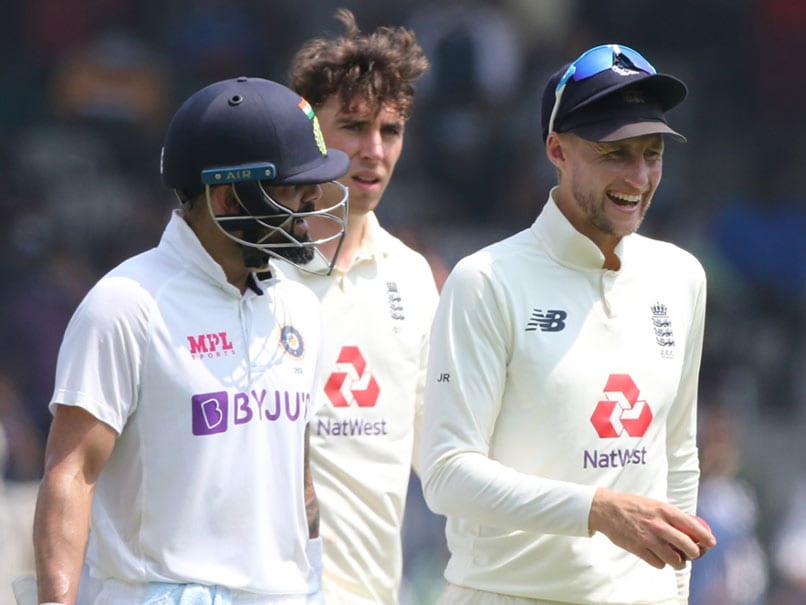 IND vs ENG: Joe Root himself was left with a giggle after the misjudged review.© BCCI

As India and England battled it out on a tricky pitch in the first session on Day 3 of the second Test in Chennai, there was a moment of brevity when part-timer Dan Lawrence appealed for caught-behind off his very first delivery. Lawrence, an off-spinner, bowled it across Ravichandran Ashwin and it slid down leg side and wicketkeeper Ben Foakes collected cleanly. Lawrence immediately appealed for the wicket and convinced captain Joe Root to review the decision after the umpire remained unmoved. Replays showed a huge gap between bat and ball as it went past Ashwin and the review was wasted.

Australian spin legend Shane Warne was amused by England's decision to waste a review when it wasn't even close to being an edge.

"Was that review in the grand final of worst reviews ever?" Warne wrote on Twitter.

Was that review in the grand final of worst reviews ever ?

"It was so bad that the ICC should keep a separate award for the worst review of the year. What did Root hear? Unravel the mystery," one user wrote.

"Has to be, the ball was at least a foot away," wrote another.

"Yes, more than half a feet between bat and ball. In fact nobody looked animated, but took that funny..." another user wrote.

Ashwin stayed unbeaten on 34 at Lunch, having forged a nifty 50-run partnership with skipper Virat Kohli, who was batting on 38 at the end of the first session. India have a 351-run lead against England at Lunch, with four wickets to spare, and will look to extend their advantage as they try to square the series after losing the opener.

Ravichandran Ashwin India vs England, 2nd Test Cricket
Get the latest updates on IPL Auction 2023 and check out  IPL 2023 and Live Cricket Score. Like us on Facebook or follow us on Twitter for more sports updates. You can also download the NDTV Cricket app for Android or iOS.